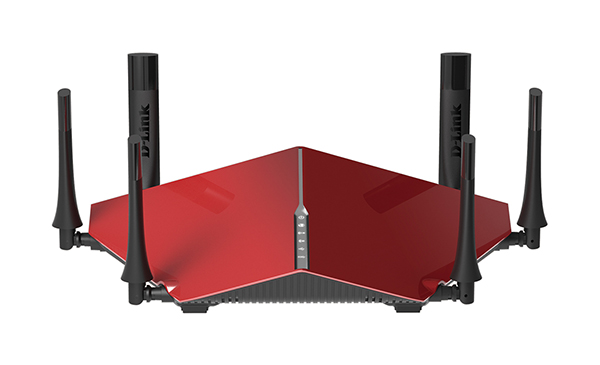 The first router to be launched from this series is the DIR-890L AC3200 Tri-band Wireless Gigabit Cloud Router. Like other routers of this class, the DIR-890L will support the latest 802.11ac standard and a maximum data transfer rate of 3200Mbps, thanks to its a single 2.4GHz band and dual 5GHz bands. If you are new to this technology, we have written about it extensively here. Briefly put, it aims to to split the fast and slow devices between the two independent 5GHz band to ensure maximum performance for all users.

Speed aside, the DIR-890L also features mydlink Cloud Services, which allows users to monitor and control their routers remotely. It also features something called Zero Configuration, which enables users to quickly setup and integrate D-Link's IP cameras with the router. And with D-Link's SharePort feature, users can also create their own cloud storage system at home.

The DIR-890L router will go on sale from February 12 at S$399. And as part of the ongoing SG50 celebrations, from February 12 until February 28, D-Link is also offering a $50 discount. On top of that, the first 50 customers at Challenger (Funan DigitaLife Mall) will also receive a free DWA-182 AC1200 dual-band USB adapter.

Join HWZ's Telegram channel here and catch all the latest tech news!
Our articles may contain affiliate links. If you buy through these links, we may earn a small commission.
Previous Story
Fuji Xerox launches five new monochrome printers designed for personal use and small workgroups
Next Story
LG G Flex 2 pre-orders start on 27th February