Cyberpunk 2077's release has been delayed to Dec 10

Cyberpunk 2077's release has been delayed to Dec 10 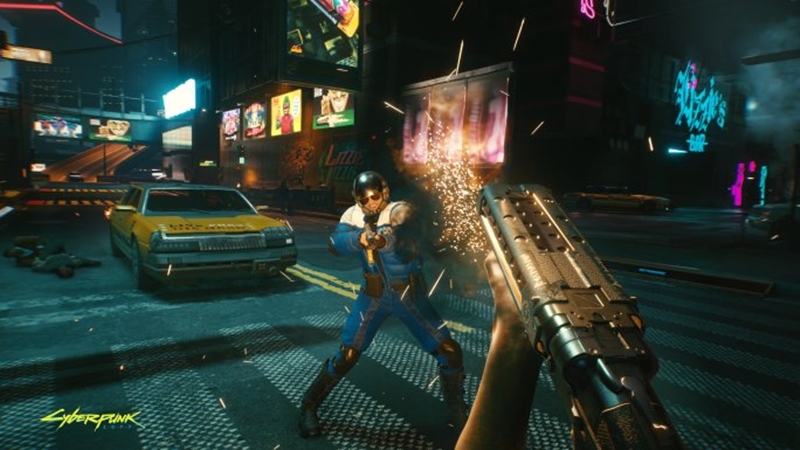 It's almost the end of the year, but it seems 2020 is still loaded with surprises.

According to a post made earlier today on the official Cyberpunk 2077 website, the release date of this much-hyped game will unfortunately be delayed to December 10, three weeks down from the previous forecast of Nov 19.

According to the post, the team over at CD Projekt RED needs a little more time to iron out some of the compatibility issues between the various versions of the game. Cyberpunk 2077 is currently set to release for a whopping nine different platforms, if we were to include same-generation console variants like the PS4 and PS4 Pro. 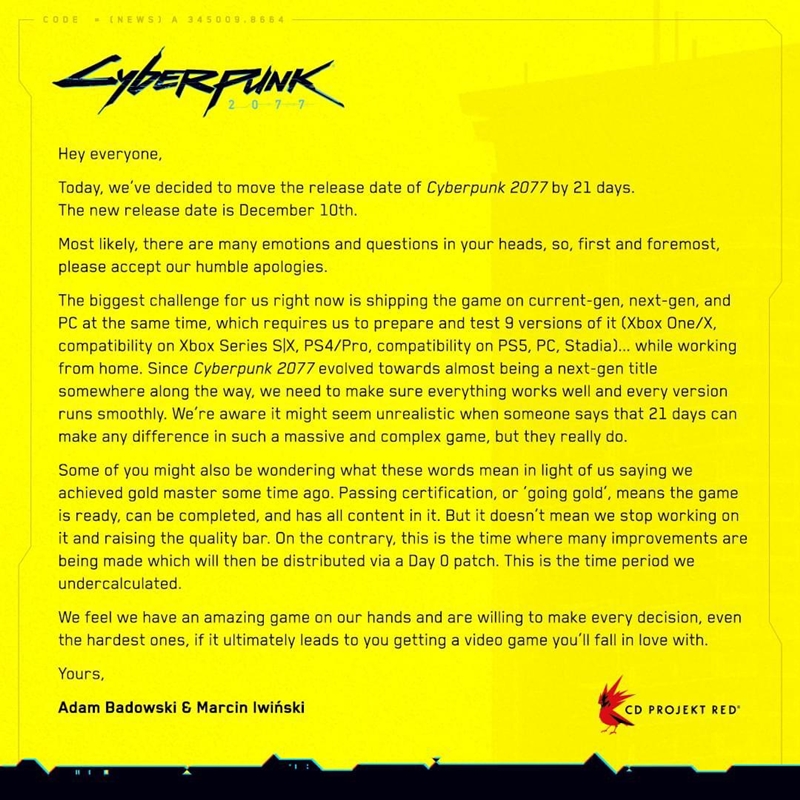 The post goes on to say that the three weeks' extension isn't really for development purposes, since the game has already gone gold a while back. Rather, they need more time to prep for the Day 0 tune-up patch, and this was the window that CD Projekt says they "undercalculated".

Frankly, 21 days doesn't seem like a whole lot to us gamers at this point, given we've been waiting patiently for months and years already, but it makes a world of difference to the folks working on the game. As such, I wouldn't begrudge the developers a little more time to get everything just right - after all, it's much better to get a perfect game slightly later than expected, than a half-assed one on the dot.

Join HWZ's Telegram channel here and catch all the latest tech news!
Our articles may contain affiliate links. If you buy through these links, we may earn a small commission.
Previous Story
Huawei brings FreeBuds Pro, FreeBuds Studio, and FreeLace Pro to SG in November
Next Story
Zoom’s end-to-end encryption comes at a price to use