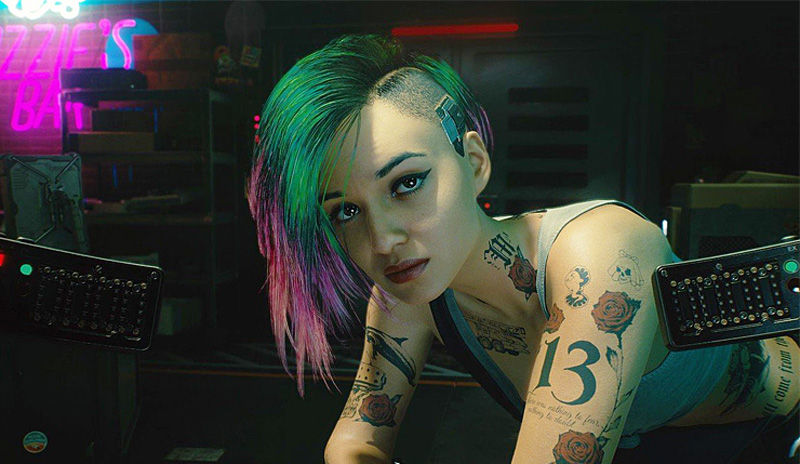 CD Projekt Red showed off tons of new information on their upcoming game Cyberpunk 2077 yesterday, during their first Night City Wire livestream. If you’re a little too lazy to dive into the full 25-minute video, don’t worry - we’re about to recap the whole shebang for you right here.

A dazzling new trailer for the futuristic open-world game kicked off the show, giving players a better look at its story. It might seem dense with new characters and events, but the developers assured everyone that the trailer only consists of footage from the game’s prologue - so you don’t have to worry about spoilers.

According to the developers themselves, the trailer, “gives players a fresh look into the dark future setting that is Night City, and the beginnings of the mercenary career of V - the ambitious, cyber-enhanced outlaw players will be stepping into the shoes of later this year.”

Night City is shown off in all of its glamorous, neon-drenched glory, while V and his friend Jackie plot a heist to steal a chip that supposedly grants people immortality. While the duo seem to pull off the heist well enough, we do get a glimpse of the aftermath of the Cyberpunk 2077 E3 2019 cinematic trailer. V gets betrayed by the people who hired him, and is seemingly killed - before waking up to a very grumpy Keanu Reeves. 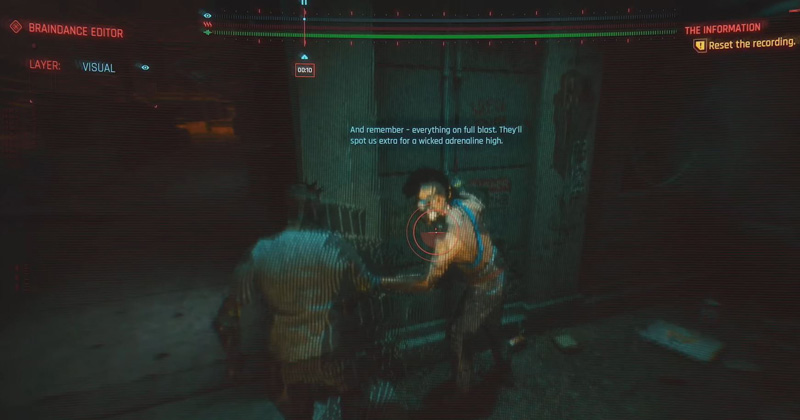 The rest of Night City Wire was basically a deep dive into everything we saw in this new trailer - plus a new gameplay mechanic called Braindance, which is pulled straight out of the Cyberpunk 2020 tabletop game. People in this universe have modified themselves in all sorts of bizarre ways, and are now even able to dive into each other’s memories in the form of recordings - via Braindance.

Think of Arkham Origins and Arkham Knight, where Batman was able to fast-forward and rewind past events to find clues in a crime scene. That’s exactly what this is. In the livestream, V used Braindance to dive into the memories of a thug robbing a store. He can view the robber’s memories in first-person, or go into a third-person drone-like perspective, where he can examine the entire environment for clues.

This is a win for anime

One rather surprising announcement during the livestream didn’t even involve gameplay. CD Projekt Red announced a partnership between them, Netflix and Studio Trigger to produce a brand-new anime set in the Cyberpunk universe called Cyberpunk: Edgerunners. The anime series will focus on brand-new characters with a self-contained story.

Studio Trigger is probably best known for their work on Kill la Kill and Little Witch Academia, and will, “bring the world of Cyberpunk to life with their signature, vibrant style.” As if that wasn’t exciting enough, the series will also boast an original score composed by legendary Silent Hill composer Akira Yamaoka.

According to a press release, the series synopsis is as follows:

Cyberpunk: Edgerunners tells a standalone, 10-episode story about a street kid trying to survive in a technology and body modification-obsessed city of the future. Having everything to lose, he chooses to stay alive by becoming an edgerunner—a mercenary outlaw also known as a cyberpunk.

Don’t expect to see this series hit Netflix anytime soon, however. The anime will only make its debut in 2022.

The livestream also showed off other bits and pieces of the game, besides the big reveals above. For example, we’re introduced to one of the many gangs that populate Night City: the Mox. The gang was formed in 2076, after the death of Elizabeth Borden - a strip club owner and former sex worker. She did treat her employees fairly however, protecting them from harassment and abuse. The Mox continues her legacy, protecting others in the same way. As V, you’ll get to interact with the gang and craft your own relationship with them.

The Badlands were also shown off - a huge stretch of desert that encircles Night City. We’re told that it’s massive and populated with, “different types of open-world content,” but aren’t shown much in that regard. It’s got deep Mad Max vibes, that’s for sure.

Cyberpunk 2077 also takes inspiration from the tabletop games with the inclusion of Adam Smasher. Body modification is far away from an alien concept in the Cyberpunk universe, but Smasher has taken it to a pretty radical level. More metal than man, Smasher is a titan that players won’t want to tussle with. He’s associated with the Arasaka corporation, so V will likely encounter him in corporate-related storylines.

And that’s it! Cyberpunk 2077 will launch on PlayStation 4, PC and Xbox One on November 19. The game will also be available as a free upgrade on the PlayStation 5 and Xbox One, when they launch.