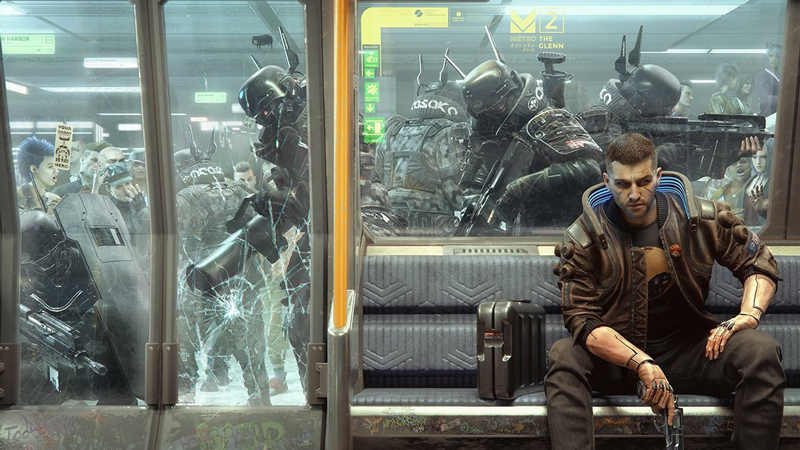 CD Projekt Red’s futuristic open-world game Cyberpunk 2077 is less than four months away from release! The game’s regional distributor Epicsoft Asia have revealed early bird bonuses for those who pre-order the game, as well as pricing details for its standard and collector’s editions.

Players who pre-order the game in Singapore will receive a ‘Gangs of Cyberpunk 2077’ set of woven badges, allowing you to flaunt the symbols of Night City’s 7 gangs whenever you please. You’ll grow accustomed to these gangs throughout the game’s story. CD Projekt Red’s redbird logo is also included in the set, which is a nice bonus for fans of the developer’s previous game, The Witcher 3: Wild Hunt.

The retail boxed PC version of the game also comes with an exclusive metal keychain featuring the Tyger Claws gang. These keychains are in limited stock, so those interested in pre-ordering might want to jump on it before someone else does. Both the woven badges and metal keychains are only available to players who pre-order the game before September 7, 2020.

Exact pricing for Cyberpunk 2077’s various editions have also been released. The Standard Edition of the game will go for S$85.90 on consoles, and S$74.90 on PCs. This version of the game includes the following:

The Collector’s Edition is a touch pricier, at S$389 for all platforms. This version of the game comes with a lot more goodies:

Besides that, every version of the game also comes with some bonus digital content:

If you really want to go the extra mile, you could check out the official Cyberpunk 2077 Xbox One X bundle. Otherwise, you’ll have to sit tight until the game comes out on September 17, 2020. Keanu Reeves is in it, which makes the wait that much harder.

Join HWZ's Telegram channel here and catch all the latest tech news!
Our articles may contain affiliate links. If you buy through these links, we may earn a small commission.
Previous Story
Call of Duty: WWII is now free on PlayStation Plus
Next Story
Samsung updates data protection methods with new security chip for mobile devices