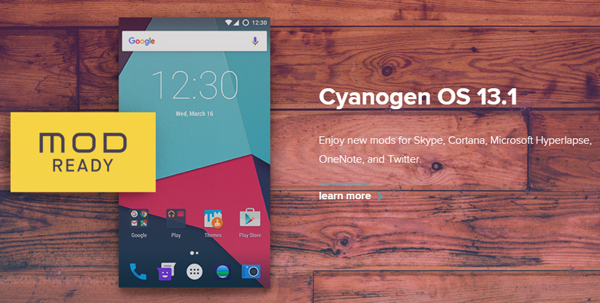 In a major refocus of their core business from OS development to apps, Cyanogen Inc. laid off approximately 20 percent of its workforce. According to Android Police, the downsizing affects the open-source staff within Cyanogen Inc. – this does not necessarily affect the existence of open-source OS, CyanogenMod. Around 30 out of 136 employees will be let go.

Android Police detailed the gutting process, which was not exactly pleasant:

Layoffs reportedly came after a long executive retreat for the company's leaders and were conducted with no advanced notice. Employees who were not let go were told not to show up to work today. Those who did show up were the unlucky ones: they had generic human resources meetings rather ominously added to their calendars last night. So, everyone who arrived at Cyanogen Inc. in Seattle this morning did so to lose their job (aside from those conducting the layoffs).

According to Recode, the retrenchment exercise was conducted by Cyanogen Inc.’s new Chief Operating Officer, Lior Tal. Lior was with Facebook for five years before joining Cyanogen Inc. in June, as stated on his LinkedIn page.

Cyanogen Inc. is host to a variety of operating systems based off Android OS. Ars Technica breaks down the various arms of Cyanogen Inc., highlighting its major operations. CyanogenMod is a free-of-charge, open-source OS that can be downloaded and flashed onto any compatible device. Cyanogen OS is the for-profit version of the same OS with extra proprietary features and update support, and it’s marketed to OEMs. Cyanogen Inc.’s operating systems may sound familiar to some users who do not modify their smartphones, since the OnePlus One came with CyanogenMod 11S while the Lenovo ZUK Z1 shipped with Cyanogen OS 12.1.

Join HWZ's Telegram channel here and catch all the latest tech news!
Our articles may contain affiliate links. If you buy through these links, we may earn a small commission.
Previous Story
Canon launches new A3 color laser printers for businesses with large print runs
Next Story
Now Samsung is suing Huawei over patent infringements