After letting NVIDIA’s second-generation Maxwell cards go unanswered for the first half of the year, AMD is certainly wasting no time in working with add-in card manufacturers to get custom versions of the AMD Radeon 300 series cards out to the market.

Rounding out the top of the Radeon 300 series line-up is the Radeon R9 390 and 390X, which are essentially rebadges of the Hawaii GPU that was previously used in the Radeon R9 290 series, but with an impressive 8GB of GDDR5 memory.

The ASUS Strix R9 390 and 390X come decked out in ASUS’ latest DirectCU III cooler, complete with two thick 10mm heatpipes that are in direct contact with the GPU. ASUS is claiming up to 30% cooler temperatures over the reference design. We wouldn’t be surprised if this is indeed the case, seeing as the DirectCU III cooler also features three “wing-blade” fans that have been designed to increase airflow for better cooling. 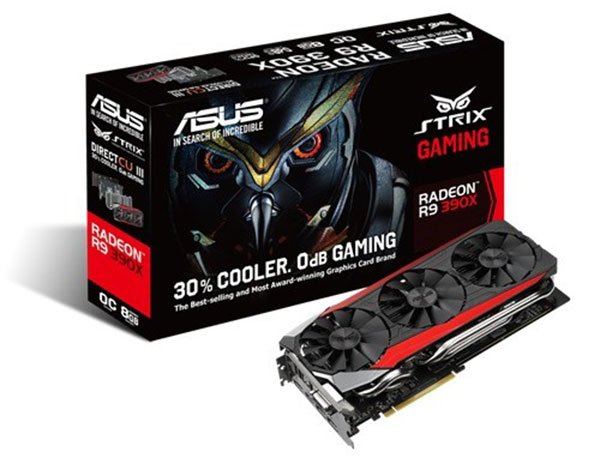 Furthermore, the fans utilize something ASUS calls 0dB fan technology, which means that they stop spinning completely under low loads or a pre-set thermal threshold. This ensures that gamers will not be bothered by unnecessary noise when the extra cooling isn’t needed.

The Strix R9 390 and 390X are also manufactured using ASUS’ Auto-Extreme technology. According to ASUS, this is the industry’s first completely automated manufacturing process that removes the element of human fallibility from the production line. This supposedly helps to ensure a more consistent level of quality and reliability across all cards that come off the production line.

Both cards also come equipped with a solid metal backplate that reinforces the structural integrity of the card and prevents the PCB from flexing. 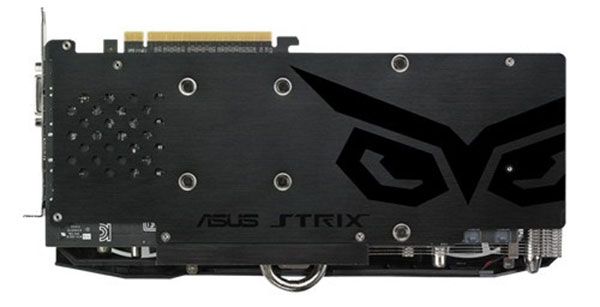 The ASUS Strix R9 390 DirectCU III OC comes with an out-of-the-box overclock of a 1050MHz core clock, while the Strix R9 390X DirectCU III OC is clocked higher at 1070MHz. We don’t have details on exact pricing or availability yet, although ASUS did say that they will be coming soon. 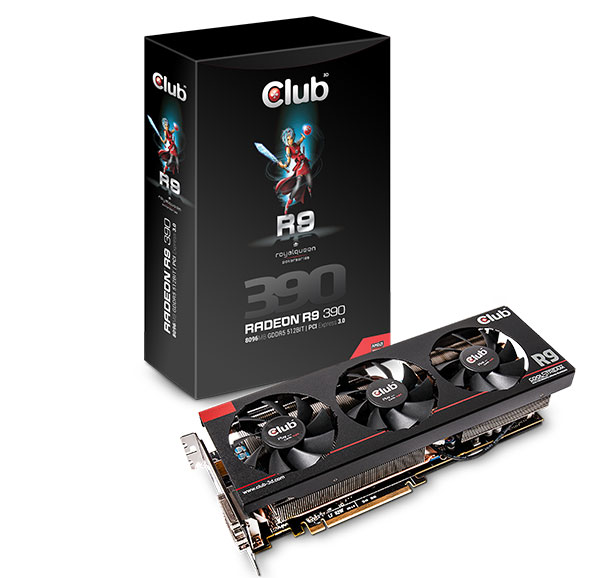 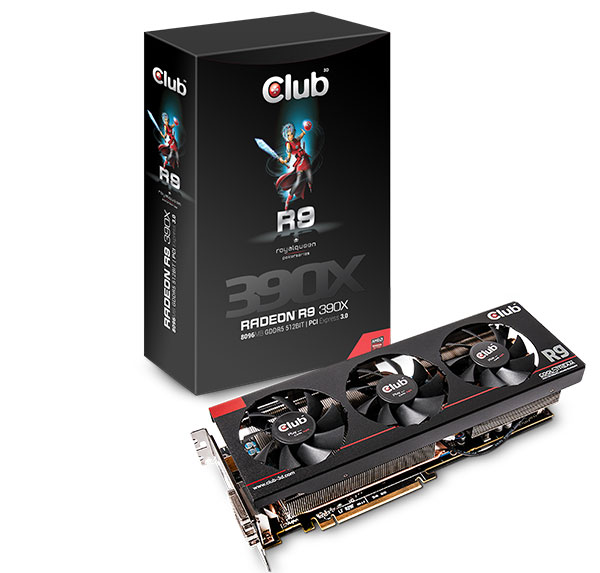 Both cards are actually triple-slot cards, so that’s one thing to take note of if you intend to run them in CrossFire mode. At 305mm long, these are also one of the longer cards of the lot so you would do well to ensure that your case can accommodate one of these.

Club 3D has also included a metal backplate on both cards, which is probably a good idea given how long and thick the cards are. 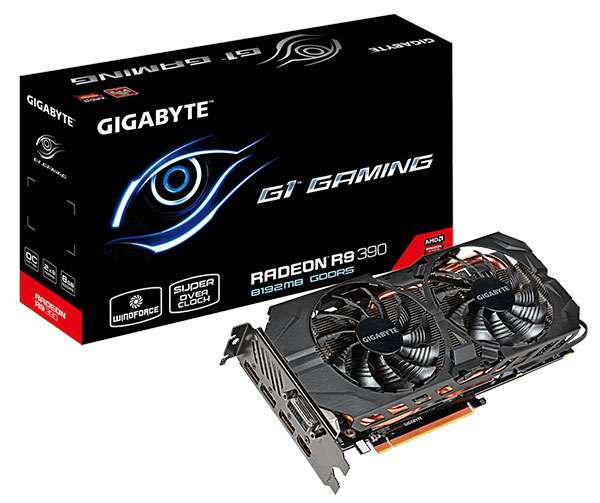 Both cards feature dual semi-passive 90mm fans that are capable powering off entirely under low loads for as quiet an experience as possible. LED indicators on the card itself also helpfully indicate whether the fans are spinning or not. Furthermore, the fans sport a 3D stripe curve design that aims to guide the airflow through the fan to improve cooling performance.

There’s also a brushed metal backplate that adds rigidity to the card and prevents flexing.

Previous Story
Thanks to Taylor Swift, Apple will pay artists during Apple Music’s free trials after all
Next Story
Logitech's new M238 Wireless Mouse designs are colorful, look like pinatas