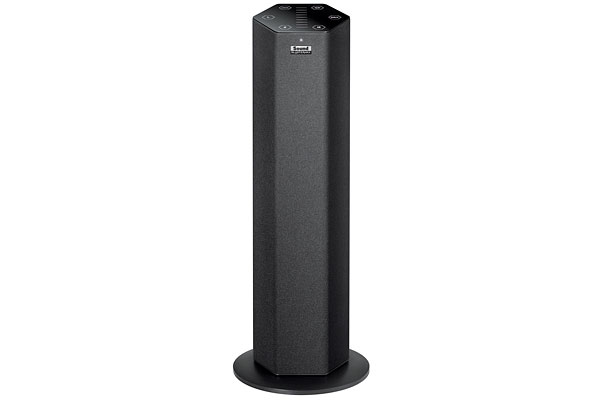 Now, Creative isn’t only famous for the Sound Blaster sound card. It also makes personal digital entertainment devices and speaker systems, such as its Pure Wireless series. And today, Creative is announcing the Sound BlasterAxx, an external audio device designed not just for the PC and Mac, but smart mobile devices such as the Apple iPhone and iPad, and Android phones and tablets too.

Taking the form of a hexagonal tower, the Sound BlasterAxx uses backlit capacitive touch controls, installs via a USB dongle, and has done away with power bricks and cables (power is drawn from the USB connection or via a USB power adapter). The brain of the Sound BlasterAxx is the new SB-Axx1 (Sound Blaster “Axxelerated”), a multi-core audio processing chip. Details of this chip is scarce at the moment, but according to Creative, this is the first time that a single audio enhancement solution is able to bridge every major audio and communications platform and network.

The Sound BlasterAxx is first and foremost a one-piece speaker system for audio playback of your music, movies, and games. It still has twin-speaker drivers to provide stereo sound, but they are housed using a "stacked stereo" speaker design (somewhat akin to the Creaitve ZiiSound T6 speakers). It also features Bluetooth wireless audio connectivity, and comes with a dual-microphone array, turning it into a hands-free speakerphone for your voice or video conference calls. In addition to self-explanatory features like Voice Focus and Noise Reduction, there’s a VoiceFX feature that lets you add effects to the user’s voice. Imagine changing your voice from male to female, and confuse the heck out of your friend at the other end of the line.

The Sound BlasterAxx series has three models: the Sound BlasterAxx SBX 20 and SBX 10 have both USB 2.0 and Bluetooth wireless support, and uses the Creative Central app for customizing the audio on your iOS or Android device. The SBX 8 is meant for computer use, and thus comes with USB 2.0 only. It also uses a single microphone, instead of a dual-mic array. The three models are priced at S$279, S$199, and S$129 respectively. The flagship SBX 20 will be available from mid August; the other two from end July.

For more details on the features of the Sound BlasterAxx and other differences between the three models, click on the next page for the official press release.

Last but not least, keep your eyes peeled on HardwareZone. We’ll share more details of this product once we get some hands-on time with it in the near future. 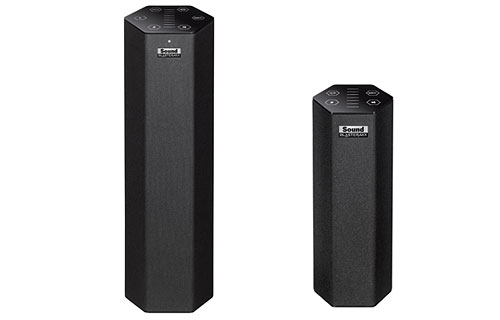