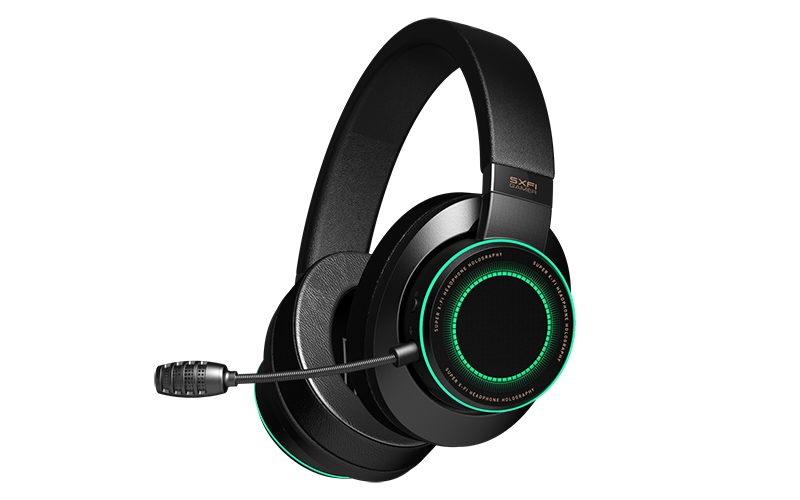 This article was first published on 9 July.

Creative has announced the SXFI Gamer, its flagship gaming headset that comes packed with its Super X-Fi Gen2 holographic audio. This is the first time Creative has put Super X-Fi in a gaming headset, and it promises to offer an even wider soundstage and more accurate positional audio in first-person shooters. In a nutshell, Super X-Fi simulates a multi-speaker setup, so you get a more immersive listening experience.

The headlining feature on the headset is something Creative calls Battle Mode, which is basically a variant of its Super X-Fi tech. Battle Mode was designed with FPS players in mind, and has been tuned for better environmental imaging and more accurate audio cues, distance projection, and directionality. It's exclusive to the SXFI Gamer for now, but I expect Creative will eventually make it more widely available.

Elsewhere, the headset is equipped with a removable microphone dubbed the CommanderMic. According to Creative, it features a completely new acoustic design and comes with an integrated pop filter. It sports Creative's SXFI inPerson tech too, which relies on a special algorithm to enhance speech pick-up while suppressing unwanted ambient noises.

Finally, the ear cups are ringed with futuristic-looking RGB lighting that can be customised using the SXFI Control app on PC. There are a range of cords and adapters included as well, in addition to a Kevlar-reinforced USB-C cable, so you can plug it into all manner of ports and connectors.

How does it perform? We've battle-tested it in our review.

The SXFI Gamer is available to buy now at Creative.com at S$179.

Join HWZ's Telegram channel here and catch all the latest tech news!
Our articles may contain affiliate links. If you buy through these links, we may earn a small commission.
Previous Story
NASA's James Webb Space Telescope runs into yet another delay (Updated)
Next Story
OnePlus confirms camera, display and RAM specs for the Nord phone