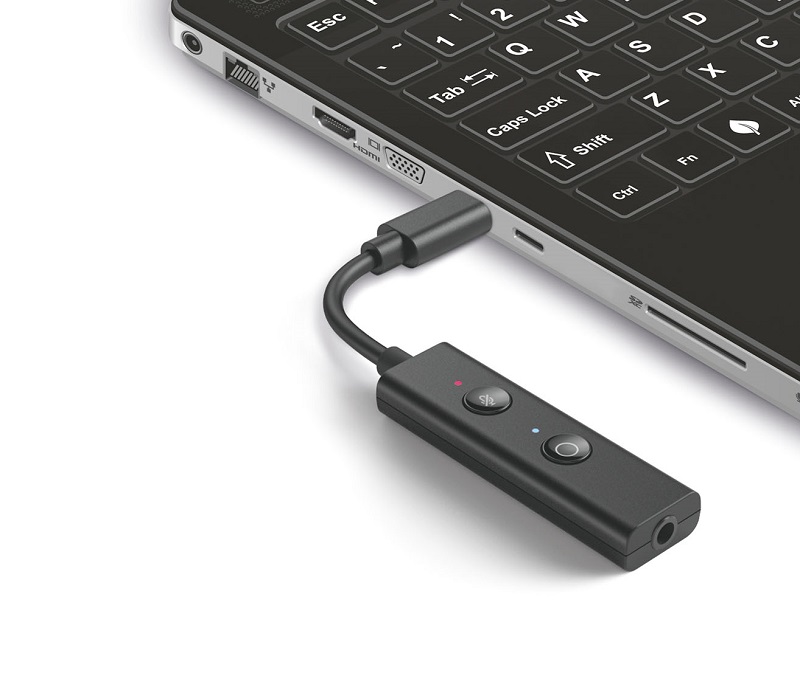 In our post Circuit Breaker era, working from home has become commonplace. And as part of that, we often conduct conference calls online instead of physical meetings. However, our homes may not exactly be the ideal location to discuss important matters in. We may have kids and other family members fussing around next to us, or traffic and construction noises from the surrounding environment. It can be rather annoying if you stay next to a rail track and your online discussions get disrupted every 5 minutes by noises from passing MRT trains. Let's not forget the passing planes if you live along the flight paths of our commercial and military airports.

To help us communicate more effectively and make our online conference calls fuss-free, Creative has released the Sound Blaster PLAY! 4, a pocket-sized USB DAC (picture above) that comes with an array of smart communication features such as VoiceDetect and NoiseClean.

The VoiceDetect feature automatically mutes your mic when you stop speaking and unmutes it when you start speaking again. It removes the hassle of having to click the mute and unmute button during your online conference calls, allowing you to better focus on your discussions instead of constantly fiddling with the mic controls. You can also modify VoiceDetect to suit your environment with the Voice Level, Environmental Noise, and Mic Mute Delay settings via the Creative app.

The Sound Blaster PLAY! 4 also has a two-way noise cancellation feature that reduces unwanted background noises during online calls at both ends. NoiseClean can detect and suppress static background noises to effectively clean up both sides of the audio path so that only the callers’ voices are heard clearly throughout your conference calls. 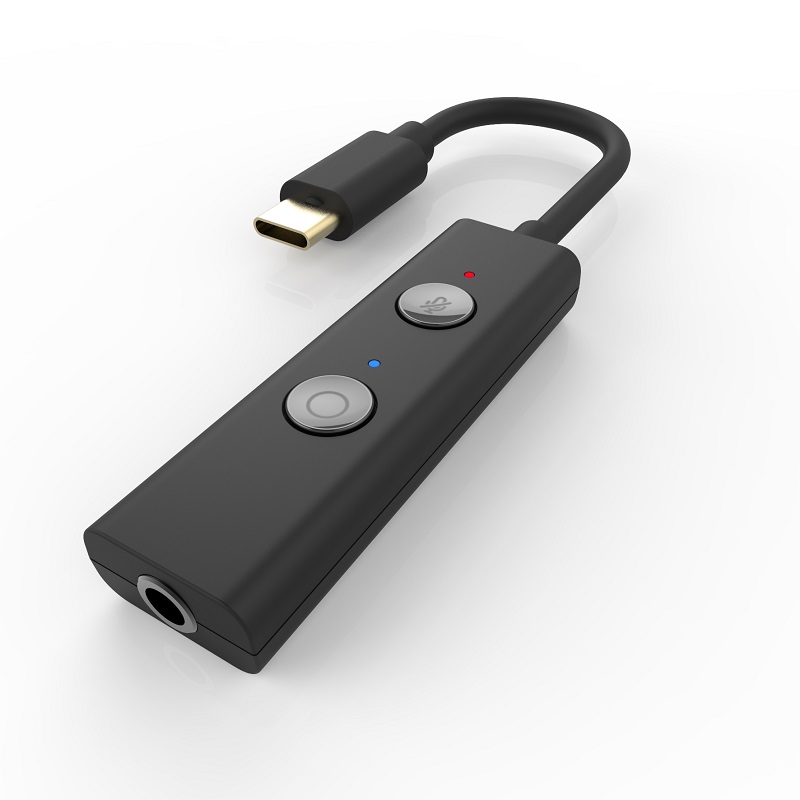 The Sound Blaster PLAY! 4 weighs only 8.3g and is compatible across multiple platforms such as PC, Mac, PS5, PS4, Nintendo Switch, Android, and iPad Pro models from 2018 onwards. Setup is easy, just plug it into an available USB-C port, download and install the Creative app, launch the Creative app and you are good to go.

The Sound Blaster PLAY! 4 has a 3.5mm jack and its built-in DAC is capable of supporting high-res audio up to 24-bit / 192kHz playback. It works with headphones that have an impedance between 16 and 150 ohms.

You can also further enhance the audio quality of your music, movie, and gaming content with Bass Boost and Dynamic EQ modes, accessible via the dedicated EQ button. Furthermore, there is also the Sound Blaster Acoustic Engine that offers a suite of audio processing technologies such as Surround immersion and CrystalVoice. All these features can be conveniently accessed through the Creative app, which is a new software platform with an integrated user interface across various Creative products.

The Sound Blaster PLAY! 4 is now available for just S$49 at Creative.com

At the same time, Creative has also released its latest USB headset optimised for conference calls to offer us a fuss-free way to communicate effectively online. The HS-720 V2 is a simple plug and play headset that works with any PC or Mac, it is equipped with a noise-cancelling condenser mic to block off unwanted noise, mic-monitoring (sidetone) feature that keeps you in check of how loud you sound to others, and a convenient inline remote with mic mute and calls pick-up buttons. It offers a simple yet effective conference call solution with no additional software or installation required.

The Creative HS-720 V2 is also now available for S$49 at Creative.com

Join HWZ's Telegram channel here and catch all the latest tech news!
Our articles may contain affiliate links. If you buy through these links, we may earn a small commission.
Previous Story
Sony has a new full-frame flagship camera and it's called the Alpha 1 (Updated)
Next Story
Google Pixel 5a leaks feature 3.5mm audio jack, rear fingerprint sensor, and more