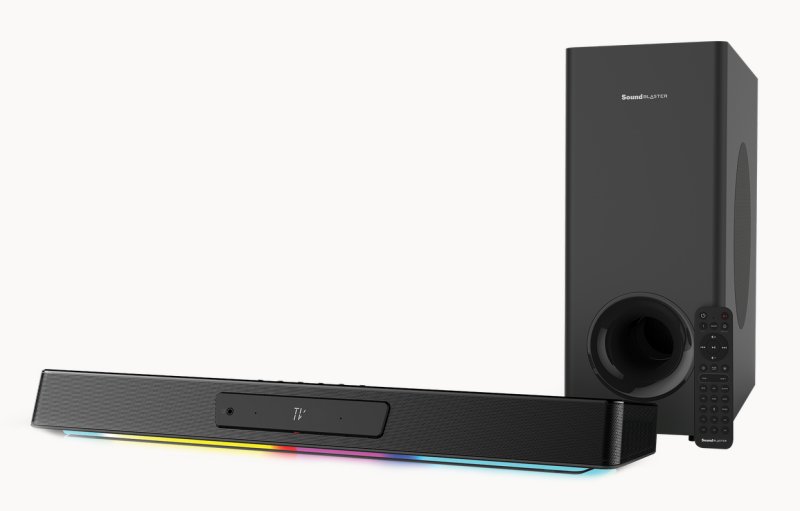 The legend strikes back

Four years back, the Creative Sound BlasterX Katana was a breath of fresh air in design and sound power for near-field entertainment and gaming for your PC or game console. Not to mention, its catchy Aurora Reactive lighting system which was another hallmark feature. You can get up to speed with our in-depth dissection of how the original Katana works and plays. Even today, it still packs a punch and there aren't really many options in its competitive playing field and target demographics.

However, four years is a millennia in the tech gadget world and it's a very fitting time frame that Creative chose to debut its successor today, the Sound Blaster Katana V2. At a glance, Creative has modernised its classic offering and made it more capable and relevant to today's diverse needs.

The new Katana V2 finally gets HDMI connectivity (with ARC), USB-C to replace the prior USB-A and supports a newer Bluetooth 5.0 standard. What you'll miss is USB flash drive hook-up capability, but that's likely not going to be most people's priority these days. On the bright side, HDMI connection now makes it easier to hook this compact soundbar to either monitors or TVs and freeing up the use of the traditional 3.5mm auxiliary input and optical input for other connectivity needs.

You also get a slew of new features like Creative's Super X-Fi Headphone Holography to re-create the multi-speaker soundstage over headphones thanks to a SXFI-out connection. The soundbar also supports adds SXFI Battle Mode to help gamers get an edge in their games through more accurate positional audio to better determine your enemy's position and other sound effects. We last tested this in Creative's SXFI Air Gamer headset successfully and it works rather well. Another nice touch for the new Katana V2 is a built-in microphone and this really helps remove the hassle of using a headset for in-game communication or using a standalone microphone.

Underneath, the Katana V2 is also more powerful than its predecessor at up to 252W maximum peak output (or about 126W RMS). This is nearly twice the power output of the previous Katana which is rated for 150W of peak output and 75W RMS. The sound power upgrades are mainly from its larger subwoofer with a 6.5-inch driver instead of a 5.25-inch one. Meanwhile, the previous high-excursion 1.34-inch aluminium dome tweeters have been swapped out for fine-tuned 3/4-inch fabric dome tweeters. These upgrades suggest the Katana can now tackle louder volume and mid-to-far-filed listening needs, both from an audio clarity perspective and delivering cleaner, punchier bass. We can't wait to give it a try. Don't forget to check out the audio engineering prowess of the original as the new V2 can only get better. 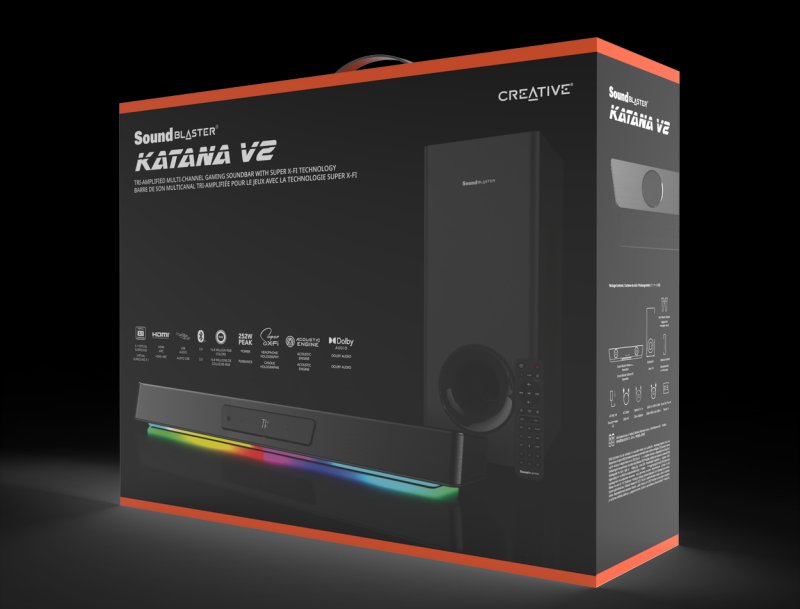 The original Katana's RGB lighting strip, of course, makes a return but you'll now find more illumination effects to control and it can be done via Creative mobile or desktop app. Last but not least, you'll be glad to know the remote has evolved to be more sophisticated and offer more control.

You know you want one

All in all, the new Sound Blaster Katana V2 sounds like a great entertainment hub. Priced at S$479, that sounds reasonable for its upgrades considering how we liked (and still like) the original Katana. It's now available to purchase at Creative.com. For reference, the original Katana debuted at S$419 and is now usually available for S$349.

Join HWZ's Telegram channel here and catch all the latest tech news!
Our articles may contain affiliate links. If you buy through these links, we may earn a small commission.
Previous Story
Counterpoint says 2021 phone shipments affected badly by chip shortage
Next Story
Angry players are review-bombing Genshin Impact due to its anniversary event