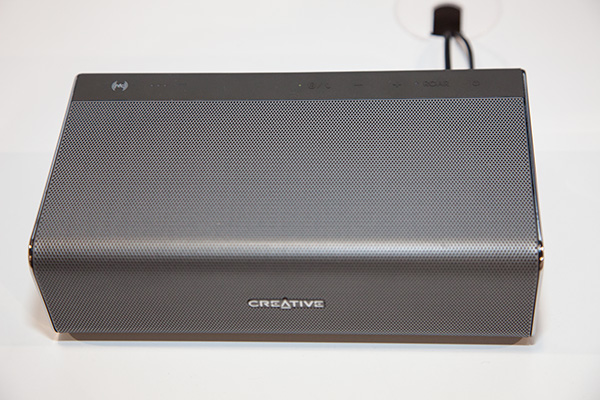 Creative Technology introduced a new wireless speaker system known as the Sound Blaster Roar at CES yesterday. Built to deliver powerful, precision-tuned and high fidelity audio from a compact yet portable form factor, the booklet-sized speaker system weighs only slightly less than 2.5 lbs (1.13kg) and measuring 7.9 x 2.2 x 4.5-inches. Besides playback of audio streamed to the new Sound Blaster Roar via Bluetooth, it can also be used as a speakerphone for teleconferencing, playback of MP3/WMA/WAV audio through its built-in microSD slot, audio recording direct into microSD card and a warning siren.

The new portable speaker system may look like any other speaker systems out there, but the bi-amplified design of the Sound Blaster Roar is one unique feature that sets it wide apart from most other portable speakers that usually feature only one amplifier. The advantage of using a bi-amplifier is mostly to enable it to reproduce more powerful and balanced lows, mids and highs.

The arrangements of the speakers within the tiny booklet-sized metallic chassis is also responsible for its improved audio reproduction. In it, there are two far-field front-firing drivers that's mainly responsible for high frequency audio while an active top-firing mid-range and bass driver disperses non-directional audio upwards. There are also two opposing side-firing bass radiators that's responsible for widening the bass coverage sideways. All these, they claimed, will result in a holosonic soundscape that improves the width, height and depth of the reproduced audio while preserving its stereo focus. 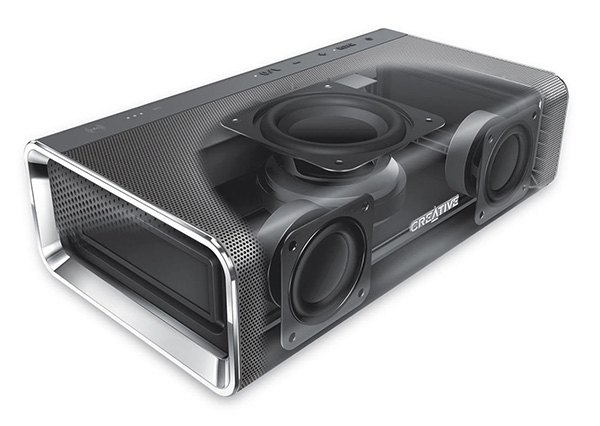 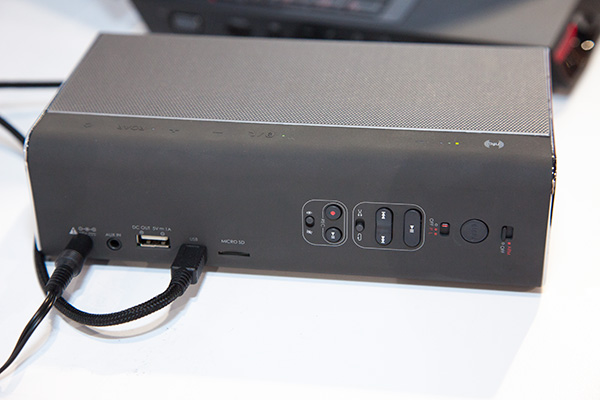 On top of the unit, there's a ROAR button that lets you boost the audio power in order to increase the loudness, depth and audio spaciousness of the speaker. This is particularly useful in parties and gatherings where ambient noise is high.

Besides support for wireless standards such as NFC and Bluetooth with high-quality aptX and AAC codecs, the new Sound Blaster Roar is pretty much similar in terms of its capabilities to the recently launched Sound Blaster AXX 200. Similarities such as :-

While many similarities exist, the Sound Blaster Roar does have one other unique feature such as Bedtime Mode where its volume level will gradually reduce before shutting off completely. This is useful if you want some light entertainment before bedtime or simply just playback of bedtime stories for children.

The Sound Blaster Roar has a targeted price below US$200 and will be available soon within this quarter.