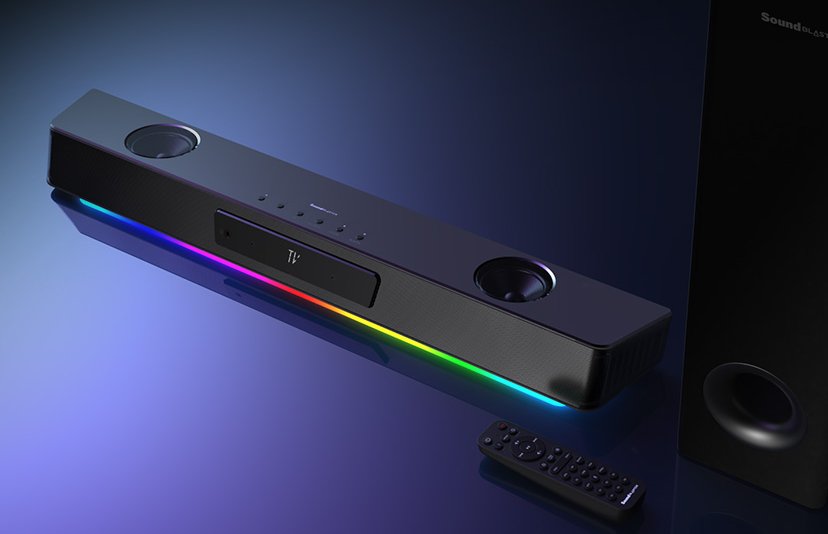 Speaker choices are aplenty for music lovers and gamers, but there are not many that get it all right in a form factor that's easy to stomach, while still delivering a great all-round experience. Creative's Sound BlasterX Katana was one of them, and that got a thorough upgrade to fulfil the home theatre experience in small spaces with last year's Sound Blaster Katana V2.

While Creative still sells both editions of their under-monitor speaker system, sooner or later, the original Katana will bid us adieu as stocks run out and Creative puts all its focus on the Katana V2. The original was slightly more compact because it offers a 5.25-inch subwoofer, while the Katana V2 packs more punch with a 6.5-inch subwoofer.

To placate those looking to house an excellent all-around speaker system in even tighter spaces that has all the modern connectivity standards, RGB and in a mini soundbar form factor, the new Katana V2X is basically the same V2 but with a smaller 5.25-inch subwoofer. In essence, it's a very similar subwoofer (and size) that's used for the Stage Air, Stage Air V2 and Stage 360.

Apart from the subwoofer variety and the exposed top firing speakers on the main speaker, it is identical to the Katana V2. As such the Katana V2X is a more ideal fit in tighter confines without losing much of the essence of what made the Katana series attractive in the first place. Here's how the Katana models differ in physical traits:-

For a visual feel of the subwoofer, check out the links embedded in the dimension stats above. To recap, here's everything new on the Katana V2 from last year that you'll also get on the V2X, which the original Katana doesn't sport:- 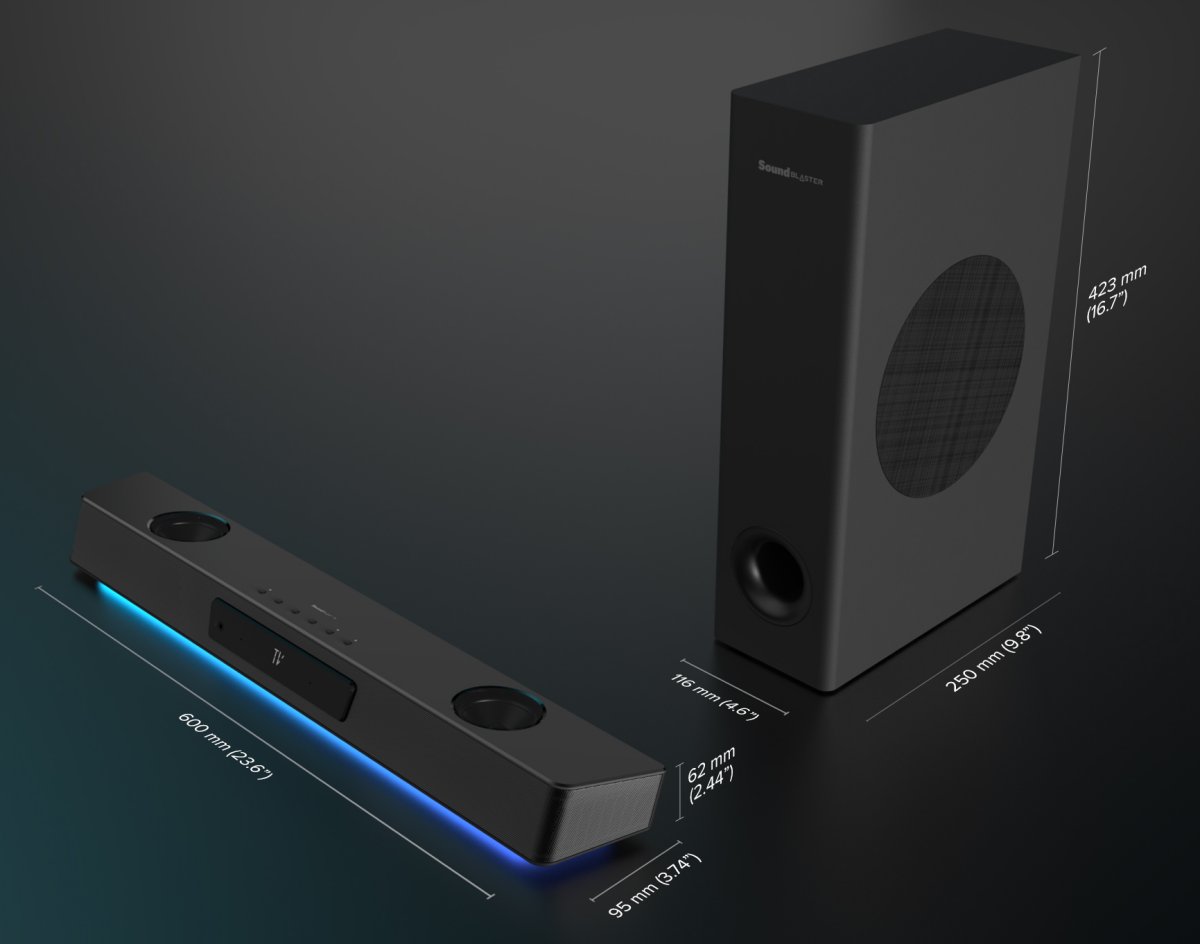 Would the new Katan V2X still hold up as good as the original Katana V2 with the change of a lower-tier subwoofer? We'll find out in further assessment in the near future.

The most telling aspect that the new Katana V2X is a proper replacement for the original Katana is its price point. The new Katan V2X is retailing for S$419, identical to Katana's debut price. It's now available to purchase at Creative.com.

At the moment, our personal recommendation is to go for the Katana V2 if space allows and it's not like it occupies a very big footprint either. Best of all, it doesn't cost much more at just S$479.

Join HWZ's Telegram channel here and catch all the latest tech news!
Our articles may contain affiliate links. If you buy through these links, we may earn a small commission.
Previous Story
Apple might create more differentiation between iPhone 15 Pro and Pro Max
Next Story
Google Search banks on AI and imagery to deliver more relevant answers