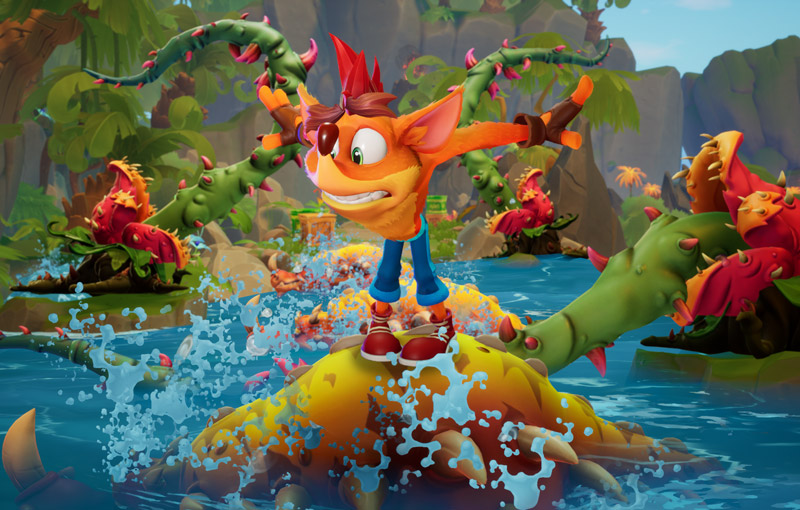 Crash Bandicoot on a new PlayStation console. It feels right.

Crash Bandicoot 4: It’s About Time is now available on PlayStation 5, Xbox Series X|S and Nintendo Switch - marking the start of the franchise’s 25th anniversary. That means players are getting goodies in the form of free Bare Bones skins for Crash and Coco once they complete the game’s second level. 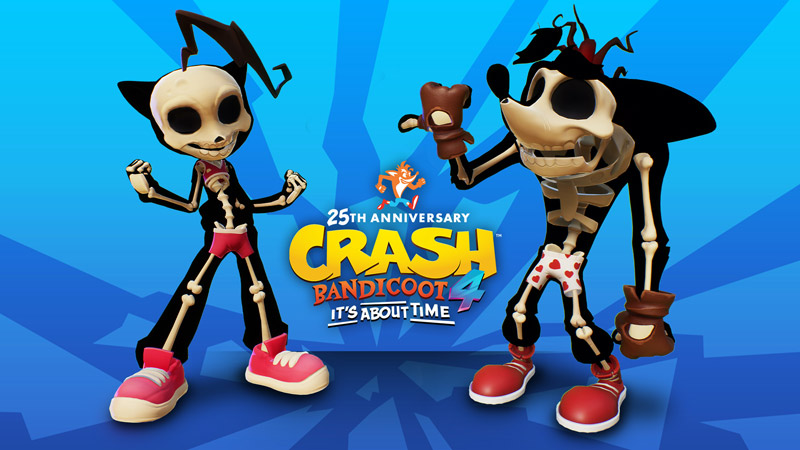 The game has launched on new console generations with a bunch of additional features and upgrades, too. PlayStation 5 and Xbox Series X|S players can finally play the game at up to 4K resolution with 60fps. You’ll also experience quicker loading times and more immersive audio, via the PlayStation 5’s 3D audio and Xbox Series X|S’ spatial audio.

If you’ve got a DualSense controller in hand, you’ll also notice that the game plays around with its haptic feedback and adaptive triggers. As we heard the recent State of Play trailer announcer comically say, “you can really feel the SUCK when you vacuum as Dingo Dile.” I mean, he’s not wrong. Every little weapon fired and crate smashed is going to feel a whole lot more impactful on Sony's new consoles.

If you find yourself getting stuck during a level, the PlayStation 5’s Activity Card feature provides a clear breakdown of your progress within each of the game’s dimensions - making sure you know how to meet the next objective. On Xbox Series X|S, Smart Delivery gives players the appropriate version of the game depending on which console they have. The Nintendo Switch is a decidedly less powerful beast by comparison, but there’s something to be said about the convenience of taking a platformer on the go.

Join HWZ's Telegram channel here and catch all the latest tech news!
Our articles may contain affiliate links. If you buy through these links, we may earn a small commission.
Previous Story
Bitwarden introduces new feature to send text and files securely
Next Story
Apple to stop making HomePod, will focus on the HomePod mini