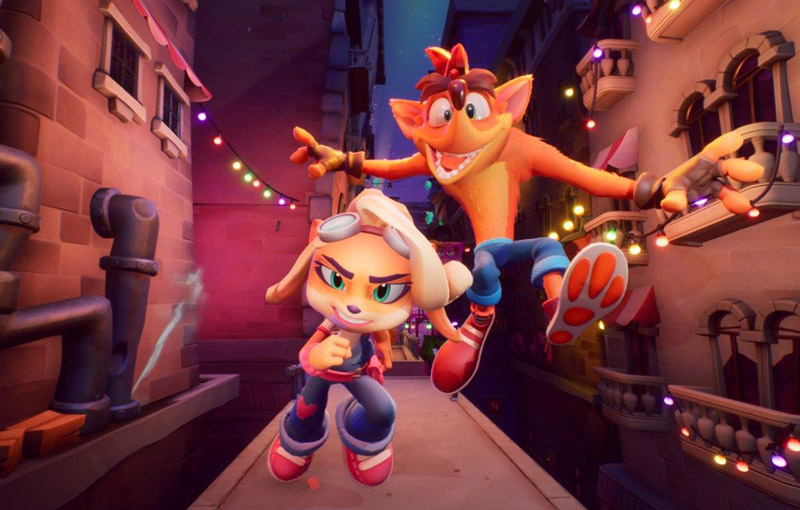 Publisher Activision have just announced that Crash Bandicoot 4: It’s About Time is coming to the Nintendo Switch, PlayStation 5 and Xbox Series X|S on March 12, 2021. A version of the game for Windows PC is also on its way, to be released on the Battle.net store later in 2021.

The next-gen versions of Crash Bandicoot 4 will also launch with upgrades, running at a native 4K resolution at 60 frames per second. On the Xbox Series S however, the game will run at upscaled 4K. PlayStation 5 and Xbox Series X owners will also get quicker loading times, as well as 3D audio. If you own the games on PlayStation 4 and Xbox One, you’ll get a next-gen upgrade for free (except, curiously, in Japan).

Your save data will also carry over to next-gen consoles, so don’t worry about losing progress. PlayStation 5 players will also notice that the game makes use of the DualSense controller’s haptic feedback, allowing them to fully feel the impact of Neo Cortex’s DNA-changing blaster and Tawna’s Hookshot. The Activity Card feature will also let you clearly see your progress throughout each of the game’s different worlds. 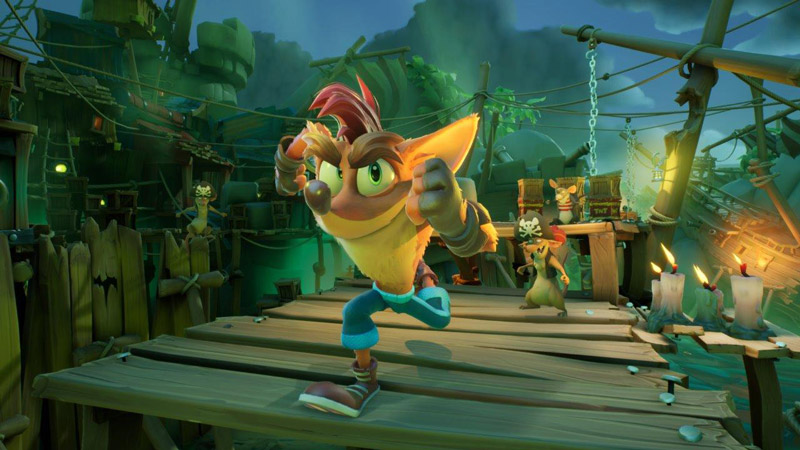 Crash Bandicoot 4 is full of content and continues the classic trilogy with new ideas - and we could definitely see people having a ton of fun playing it on the go with the Switch. In our review of the game, we said, “... it is absolutely one of the best platformers to have come out in the last few years - and certainly one of the prettiest.”

On PlayStation 5 and Xbox Series X|S, Crash Bandicoot 4: It’s About Time will cost US$59.99 (around S$79). The Nintendo Switch and PC versions will cost US$39.99 (around S$53). Activision promises more news on the PC version as well as other, “fun happenings,” later in 2021, as the Crash Bandicoot franchise celebrates its 25th anniversary this year.

Join HWZ's Telegram channel here and catch all the latest tech news!
Our articles may contain affiliate links. If you buy through these links, we may earn a small commission.
Previous Story
Nissan could be a potential partner for the Apple Car
Next Story
Source code from Cyberpunk 2077 and The Witcher 3 have been stolen from CD Projekt RED