Crash Bandicoot 4: It's About Time throws Crash into the multiverse

Crash Bandicoot 4: It's About Time throws Crash into the multiverse 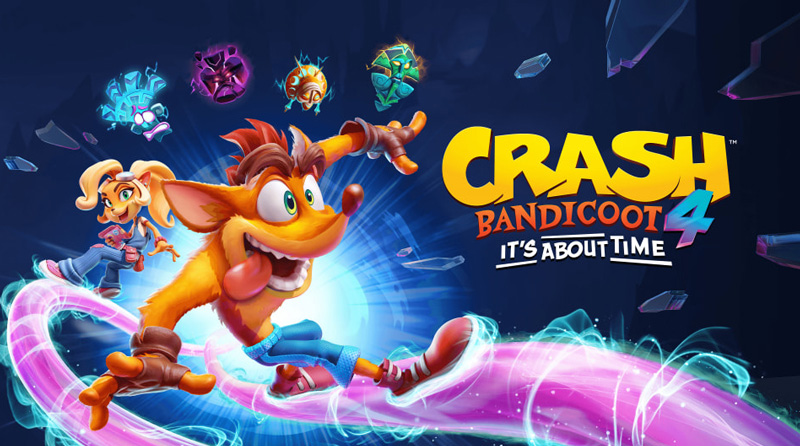 Yesterday’s Summer Game Fest stream saw the announcement of a rather surprising game: Crash Bandicoot 4: It’s About Time. The game acts as a sequel to Naughty Dog’s timeless trilogy of Crash Bandicoot games for the original PlayStation.

Crash Bandicoot 4: It’s About Time picks up right after Crash Bandicoot: Warped, with Neo Cortex, Dr. N. Tropy and Uka Uka tearing a hole through space and time to escape from their prison. This act of villainy exposes the Crash Bandicoot multiverse to danger, and Coco and Crash must work with four new Quantum Masks to restore balance to the worlds.

It’s about time, indeed! The Crash Bandicoot series has stalled in recent years, only seeing new remakes and mobile games in the last decade. While there have been many spin-offs and sequels since Crash Bandicoot: Warped (the last game in the original trilogy), few have been as loved by fans.

It makes sense then, that the series is finally returning to its roots. It’s About Time is a platformer much like the original Crash games, with new twists to gameplay to keep things fresh. Coco and Crash can now make use of the newly-introduced Quantum Masks, which give them new gameplay abilities - such as slowing down time to get past timed puzzles or manipulating gravity in their favour. Surprisingly, Dr. Neo Cortex is also playable, with the ability to convert enemies and hazards alike into new platforms.

Developer Toys for Bob are well aware that the original Crash games weren’t exactly forgiving in their difficulty, and plan to give players a similar level of challenge in It’s About Time. For those turned off by the idea however, the game will have two modes of play - Retro and Modern. Retro will give players a limited amount of lives per level like the original games, while Modern will give players infinite lives - but keep count of every one that they lose while playing.

After doing such great work on the Crash Bandicoot N. Sane Trilogy and Spyro Reignited Trilogy remakes, it’s nice to see Toys for Bob work on something entirely new - and even nicer to see that a true Crash Bandicoot sequel is on the way.

Crash Bandicoot 4: It’s About Time will launch on PlayStation 4 and Xbox One on October 2, 2020. Currently, there is no word of a PC release for the game.