Cramorant eats Pikachu in Pokémon Sword and Shield, and it's hilarious

Cramorant eats Pikachu in Pokémon Sword and Shield, and it's hilarious 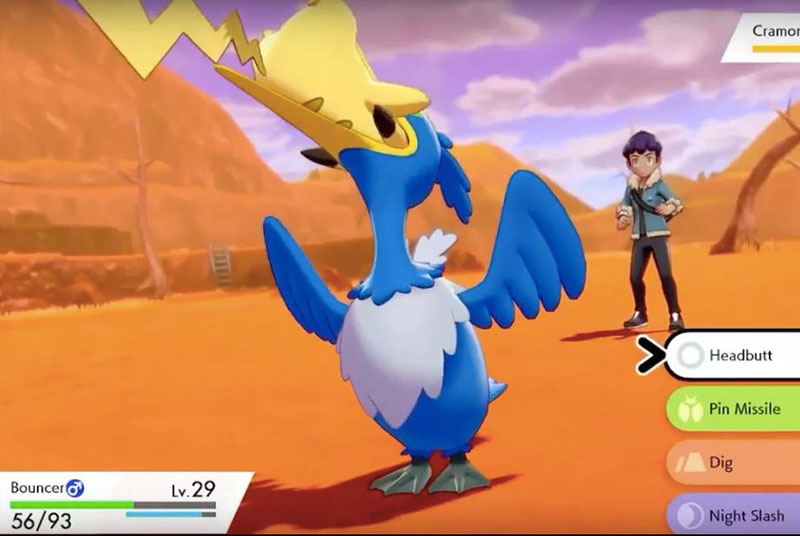 Cramorant isn't a particularly impressive Pokémon. It's literally just a big, blue bird with googly eyes. But the Pokémon does something unusual in Pokémon Sword and Shield, and it involves everyone's favourite Pikachu.

After Cramorant uses Surf or Dive, it will take off and come back with prey. This also changes it into its Gorging Form. But what's hilarious is what Cramorant comes back with. Usually, it's just something like fish. But Cramorant may sometimes return with a whole Pikachu in its mouth, with the yellow critter stuffed headfirst down its gullet.

There's even a special Pokédex entry for this version of Cramorant:

This Cramorant has accidentally gotten a Pikachu lodged in its gullet. Cramorant is choking a little, but it isn’t really bothered. The half-swallowed Pikachu is so startled that it isn’t struggling yet, but it’s still looking for a chance to strike back.

This is just another example of Game Freak's playful implementation of different sorts of Pokémon in the game. For example, there are even "fake" Pokémon that you can catch, at least in the case of Polteageist. Also, fat Pikachu is back in the game.

As for Pikachu's unfortunate encounter with Cramorant, the internet is just lapping it up.

ok but someone needs to dub Ryan Reynolds screaming in a muffled voice over footage of the Cramorant holding Pikachu pic.twitter.com/M11ccKsNkN

Join HWZ's Telegram channel here and catch all the latest tech news!
Our articles may contain affiliate links. If you buy through these links, we may earn a small commission.
Previous Story
Casio is releasing a special Pokemon-themed Baby-G in celebration of Baby-G's 25th anniversary (Updated!)
Next Story
Metapho is an app that lets you know if your iPhone 11 is using Deep Fusion