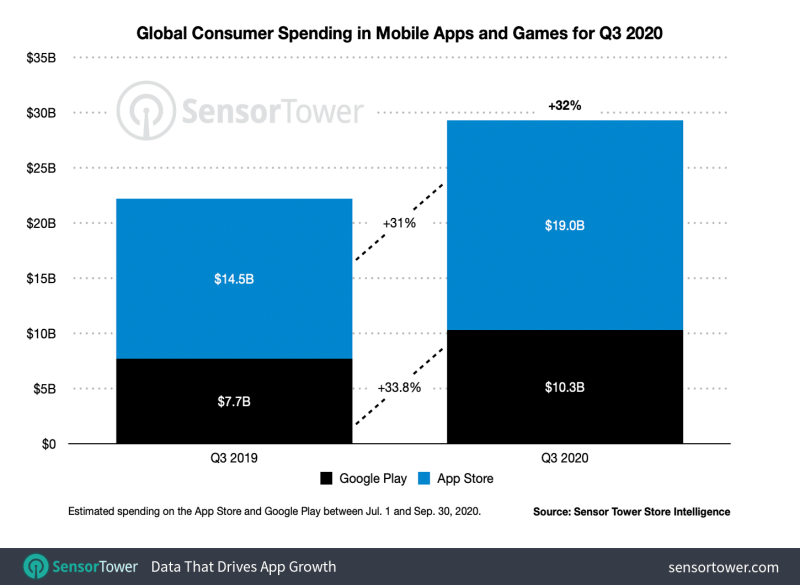 For mobile games, spending increased 26.7% to reach $20.9 billion on both app stores. More than half of the revenue came from Apple users. The five top-grossing games are Honor of Kings, PUBG Mobile, Pokémon GO , Roblox and Coin Master.

Sensor Tower expects new consumer trends to emerge this quarter, some of which will be driven by new unique apps and platform innovations such as home screen customisation on iOS.

Our articles may contain affiliate links. If you buy through these links, we may earn a small commission.
Previous Story
iPhone 13 said to come with 120Hz displays, iPhone SE 3 to arrive in 2022?
Next Story
Harvey Norman’s new superstore launches in the heart of Singapore’s shopping belt