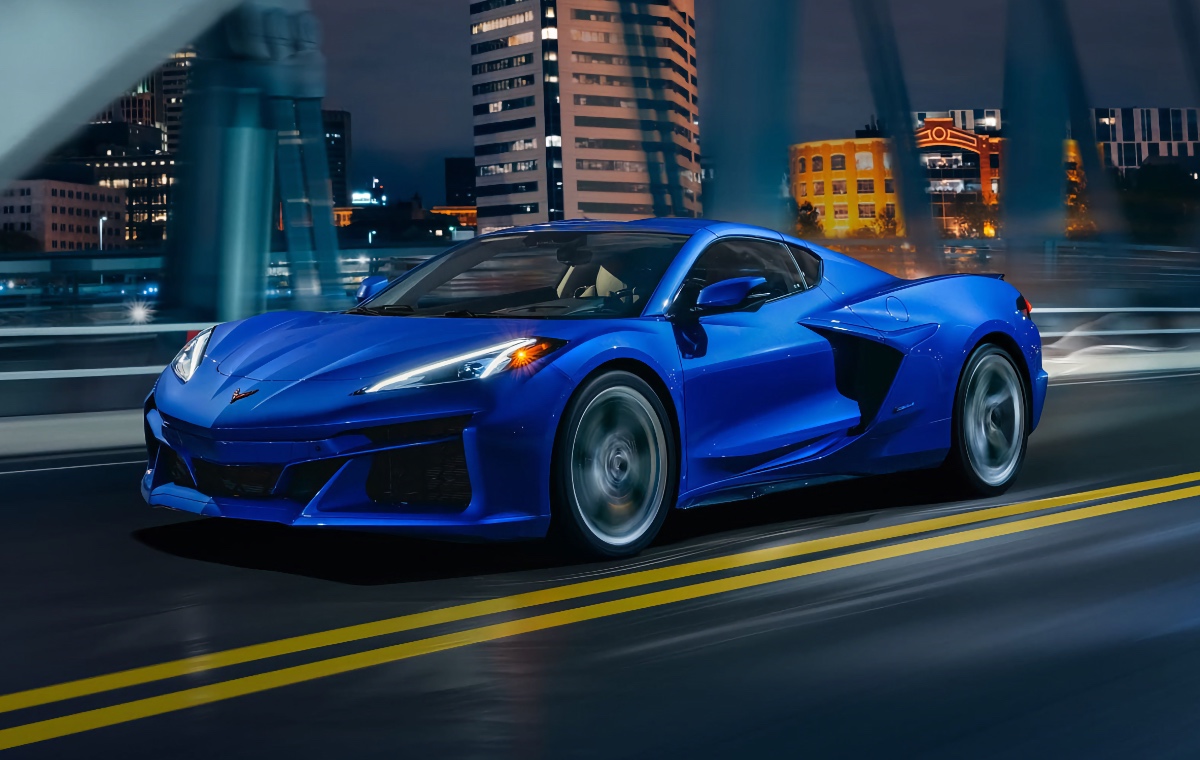 This is the new, all-wheel-drive, hybrid, Chevrolet Corvette E-Ray and it's a celebration of seven decades of the Corvette name.

If you've been following Corvettes all this while, you'll know that not only is this the first Corvette that's powered by a dash of electricity, but it's also the first to have all-wheel drive. In the middle is a naturally-aspirated 6.2-litre small block V8 that produces 495hp and sends it all to the rear wheels.

Over the front axle is an electric motor that produces 160hp that is powered by a small 1.9kWh battery that's nestled somewhere in between the seats.

The electric motor also enables a "Stealth" mode which allows the owner to pull out of their homes or carparks without making a noise. However, the all-electric range is a puny 8km or thereabouts, which is not surprising given the tiny onboard battery. The combined output is 655hp, which, coupled with all-wheel drive traction, is enough to send the E-Ray from 0 to 100km/h in around 2.5 seconds. It also covers the quarter mile in a stunning 10.5 seconds.

According to Chevrolet, the all-wheel drive system is intelligent and constantly learns the road surface and can adapt to optimise traction in all situations. That should be handy given the immense power that's on tap. The Corvette is not officially available in Singapore and is currently only available through parallel importers with prices starting at S$618,888.

Join HWZ's Telegram channel here and catch all the latest tech news!
Our articles may contain affiliate links. If you buy through these links, we may earn a small commission.
Previous Story
New 4G enabled smartwatch the myFirst Fone S3 and TWS earbuds launch for kids
Next Story
Google rumoured to be working on AirTag-like item tracker