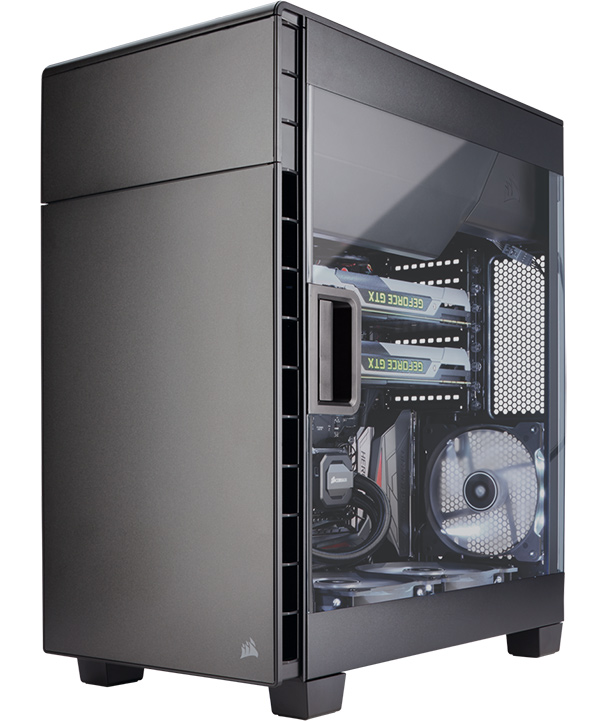 Corsair has announced the Carbide 600C and 600Q inverted-ATX cases, a first for the company that – until now – had yet to offer an inverted-ATX case despite its extensive selection of cases in its Obsidian, Graphite, Carbide, and Vengeance line-ups.

The inverted-ATX layout functions exactly as its name suggests – it flips the regular hardware arrangement on its head, so everything is essentially upside down. The benefit of this is that it puts the main heat-generating components, the CPU and graphics card, right in the path of cool air from the front intake fans.

In a regular ATX case, cool air from the front is usually obstructed by drive cages, and the inverted-ATX layout circumvents this by removing all obstructions in the intake path. 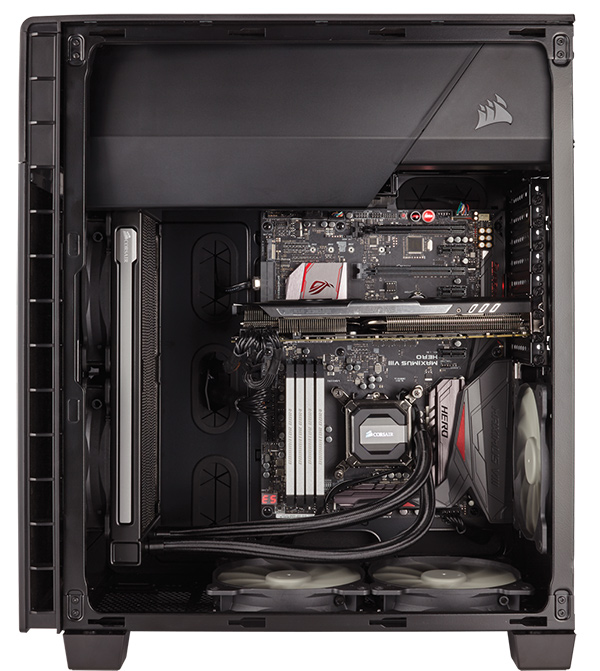 Both the Carbide 600C and 600Q feature the same interior layout and come with three AF140L 140mm air flow fans – two in the front and one in the rear. All three are connected to an external three-speed fan controller, located alongside the power button at the top, that allows you to toggle between different presets for the optimal balance between noise and cooling. 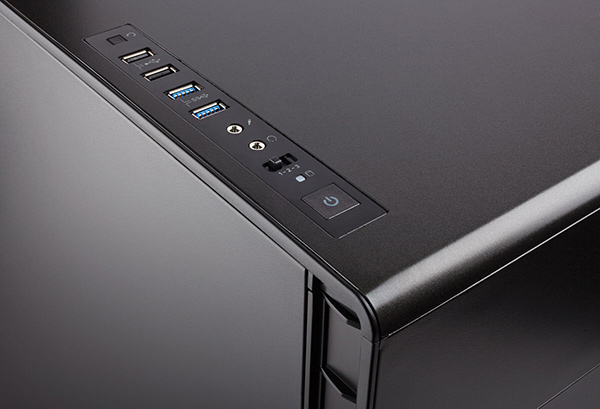 The bottom of the cases can also take up to three 120mm fans, or can be used to mount a 360mm radiator or smaller. In addition, there’s space for a 280mm radiator up front if you swap out the included 140mm fans.

The power supply is installed at the top of the case, with a steel shroud to hide the cables so you won’t have to deal with fat wires dangling from the top. The tool-free 3.5-inch hard drive cages have also been shifted to the top, and they will take up to two such drives. That’s a little less than we’re used to, but there are still additional mounts on the rear of the motherboard tray for three 2.5-inch SSDs. 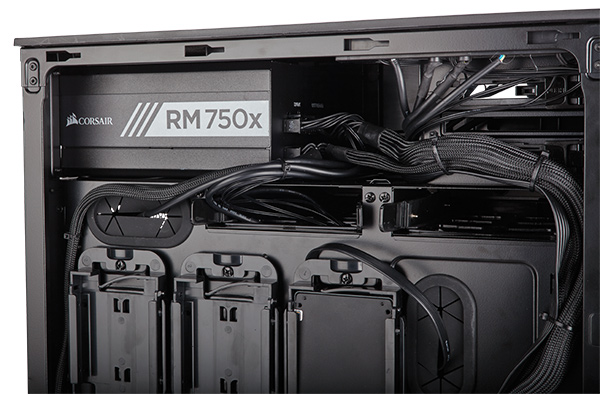 Furthermore, there is support for two 5.25-inch external drives on the front panel, but they are hidden behind a hinged lid, so you don’t have to worry that the drives might spoil the look of your front façade.

With the Carbide 600C and 600Q, Corsair has released two nearly identical cases. The only difference is that the 600C (C for clear) features a full side panel window for an unimpeded view of your hardware, while the 600Q (Q for quiet) prioritizes silence and is kitted out with solid side panels and sound-dampening foam.

Both cases will be available this month at US$149.99, but we’ve no news on local availability yet.