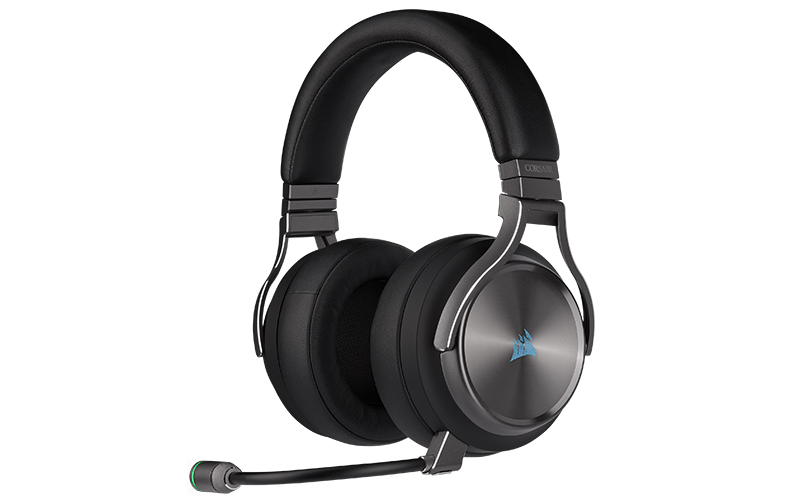 Gaming headsets generally look kind of ridiculous, with plenty of unnecessary RGB accents and garish plastic bits. There are of course a handful of exceptions, and Corsair's new Virtuoso RGB Wireless SE headset is looking to lead the way for those who want a functional wireless headset that doesn't look too silly.

The Virtuoso sports a pretty clean design. Branding is kept to the minimum, with a simple illuminated Corsair logo on the exterior of each ear cup. On the SE model, the headset also features tiny micro-perforations on the aluminum that allow the RGB lighting to shine through for a supposedly more seamless look. Corsair makes a non-SE Virtuoso RGB Wireless too, which features glossy white or black finishes instead of gunmetal and lacks the full aluminum ear cup plates.

Both versions of the headset are equipped with plush memory foam ear cups and a solid headband that comes with numbered notches for easier adjustments.

These are virtual 7.1 surround sound headsets that use 50mm neodymium drivers and have a frequency range of 20 to 40,000Hz. They employ Corsair's Slipstream wireless technology that enable improved wireless connections, thanks to the use of something called Intelligent Frequency Shift. That sounds similar to Logitech's and Razer's approaches, which also employ some sort of frequency switching to avoid interference.

They'll interface with your PC via the included dongle, but you can also use them in wired mode for higher resolution 24-bit/96kHz audio. Corsair is claiming up to 20 hours of battery life in wireless mode, a figure that's helped along by a built-in accelerometer that can detect when you put the headset down and put the headset to sleep. Charging is done via a USB-C connector, but there's also a 3.5mm connection for use with most devices. 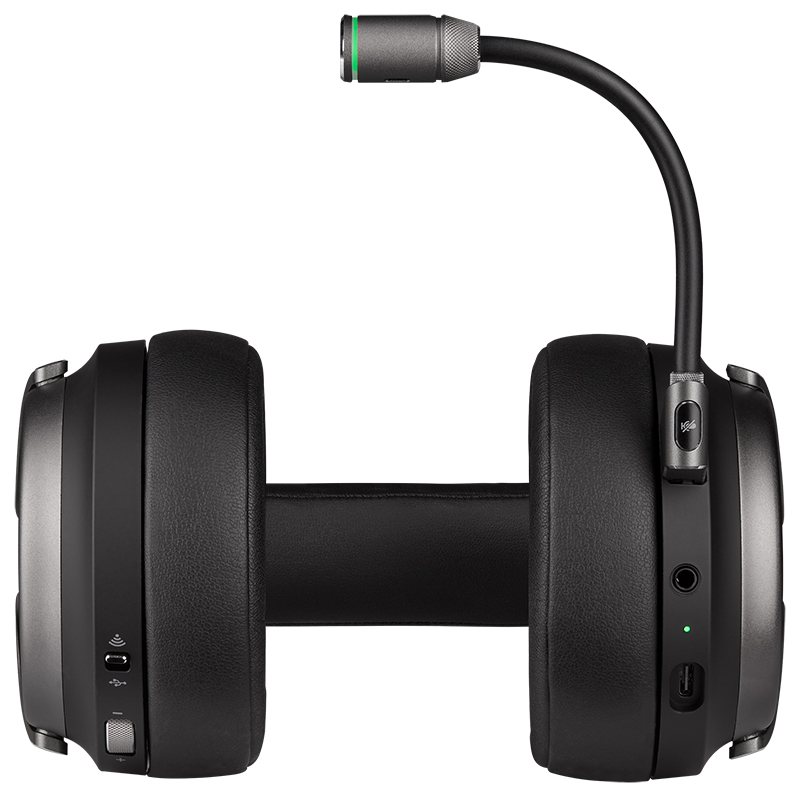 Corsair is talking up the microphones on both headsets too. These are detachable, omni-directional microphones with a convenient RGB LED ring to indicate whether they're live or mute. More importantly, they're Discord-certified, so they should work well with everyone's favourite voice communications client.

However, the SE model has a larger 9.5mm microphone that offers better vocal clarity and pickup. Compared to the non-SE version, the microphone also has an aluminum head and connector, in addition to aluminum accents on the USB dongle to complement the gunmetal finish.