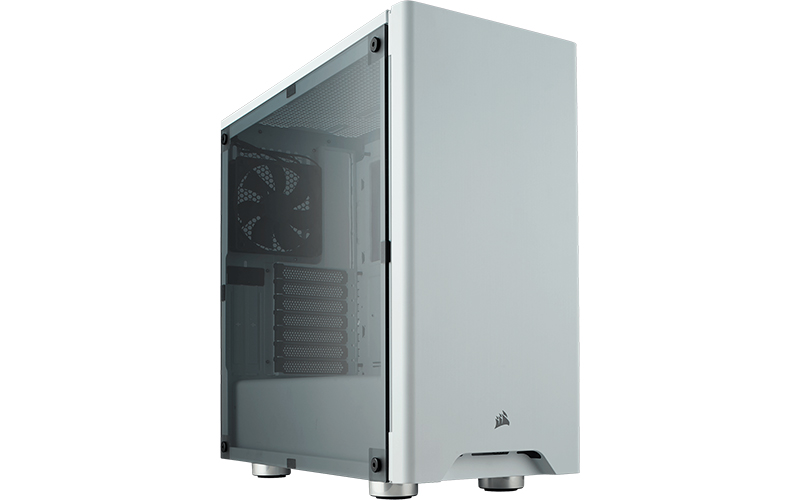 Corsair has announced its new Carbide Series 275R mid-tower PC case, combining a minimalist design with plenty of cable management features to help you get that much sought-after clean look.

There’s no garish RGB lighting here either, and the only illumination takes the form of a soft glow at the bottom of the front panel. The latter is also blissfully free of any mesh intakes or vents, and it looks really elegant.

The Carbide 275R is available in four variants, including black or white models and either a tempered glass or edge-to-edge acrylic side panel. The full-length power supply shroud plays a large role in keeping all your cables hidden, which is particularly important given the large side window.

Furthermore, while many cases still keep a drive cage in view at the front of the chassis, the 275R keeps them hidden. There is space for a total of six drives in the case, comprising four 2.5-inch SSD mounts at the back of the motherboard tray and two 3.5-inch HDD mounts beneath the PSU shroud.

Most storage drives look pretty boring, so Corsair isn’t wrong in assuming that most people won’t bother showing them off. 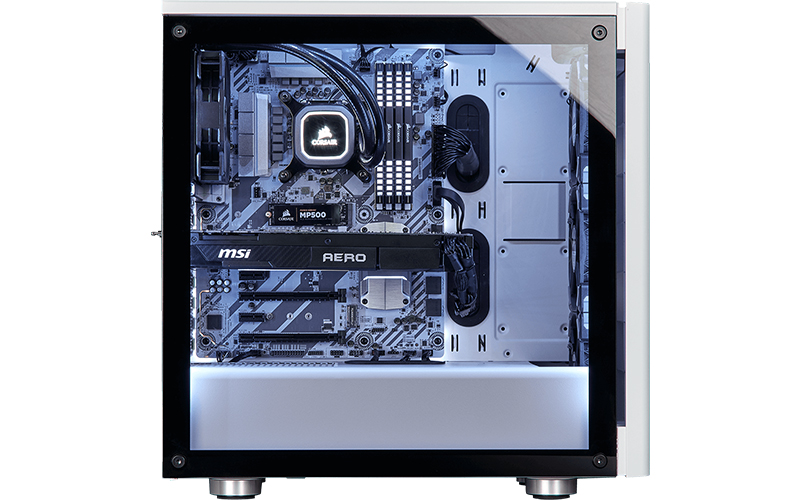 That said, it’s going the other way with its GPU mounting solutions. The 275R will let you install the card vertically, so you can show it off in its full glory with the heatsink and fan facing outward.

Unfortunately, it seems like the case isn’t shipping with a PCIe riser cable, so you’ll have to get your own.

The chassis was also designed with ease of use in mind, and you’ll find large cable routing grommets, dedicated routing compartments, and an extra-large cutout for the CPU cooler.

If you want to go down the liquid cooling route, the case will take a 360mm radiator up front, a 240mm radiator at the top, and a 120mm radiator in the rear.

The Carbide 275R retails at S$115 for the tempered glass versions. There's no word on local pricing for the acrylic models.