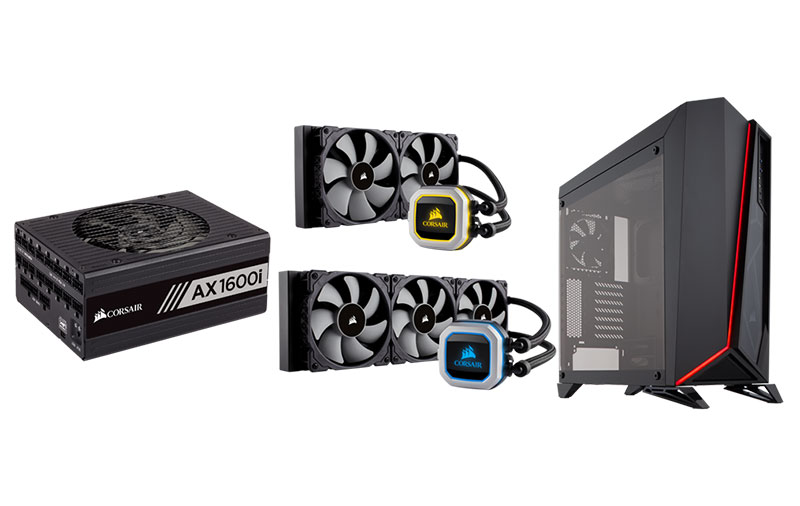 Corsair has unveiled a new range of enthusiast products for PC builders at CES 2018. For a start, the new Corsair AX1600i is the only PSU to use the Gallium Nitride (GaN) transistors, delivering superior efficiency in a smaller form factor. It carries 1600W of power, features 80 Plus Titanium efficiency, has complete digital monitoring and control using the Corsair Link software, and comes in a smaller 200mm length size. 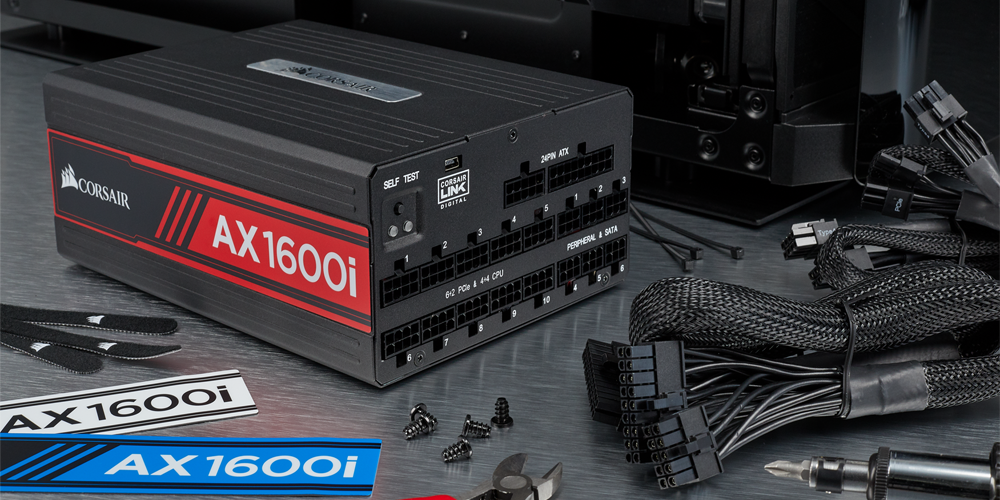 These two Hydro liquid CPU cooler series are also the first Hydro coolers to feature a Zero RPM Mode fan profile, totally stopping and silencing the cooling fans when the CPU is at low temperatures. Combining the latest in customizable lighting with the best in low-noise CPU cooling, the H150i Pro and the H115i Pro both deliver advanced liquid cooling.

Last but not least, we've the new Carbide Series Spec-Omega (see main image above), a midtower gaming case with a new angle on tempered glass. The case's unique asymmetrical design is further enhanced by the side and front panels, which are made of tempered glass. There's an integrated front-panel LED light strip and LED-lit 120mm too. And you've red, white, or black exterior to choose from. The AX1600i, Hydro Series H150i Pro, H115i Pro, and Carbide Series Spec-Omega range of cases are available immediately through Corsair's worldwide network of authorized retailers and distributors as well as directly from the company's webstore.

Join HWZ's Telegram channel here and catch all the latest tech news!
Our articles may contain affiliate links. If you buy through these links, we may earn a small commission.
Previous Story
HTC to unveil a new U11 phone model tomorrow
Next Story
LG, Sharp and Japan Display competing with Samsung for future iPhone OLED orders