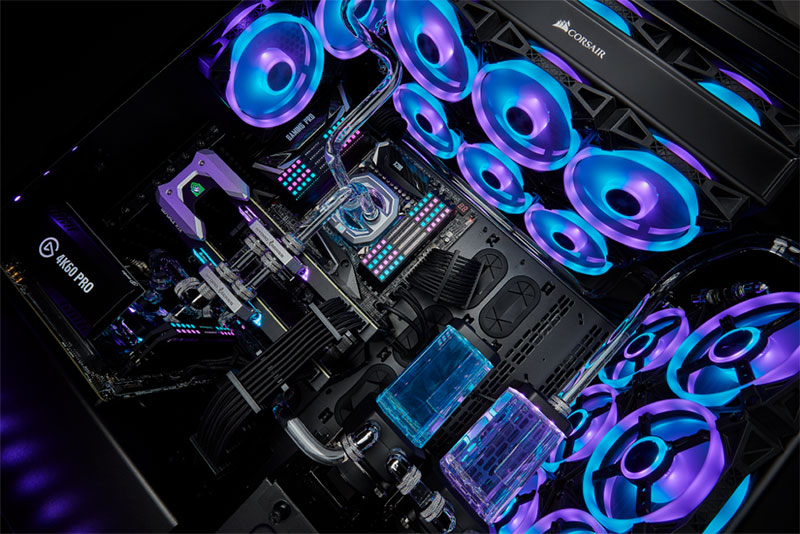 Are you tired of RGB lighting yet? Corsair certainly isn't. The company has announced the new iCUE QL120 and QL140 RGB PWM fans, both of which come with more LEDs than I've ever seen on a single fan. These means four separate RGB light rings – two on each side of the fan – and a total of 34 individually addressable LEDs. PC builders who think they can never have enough LEDs in their case will have a field day with these fans.

Corsair says it wants to make systems "look great from all angles", and the inner ring on the fan's intake side also illuminates the semi-transparent fan blades. The fan hub also features metal logo plates on both sides, so you don't have to contend with some ugly sticker anymore. 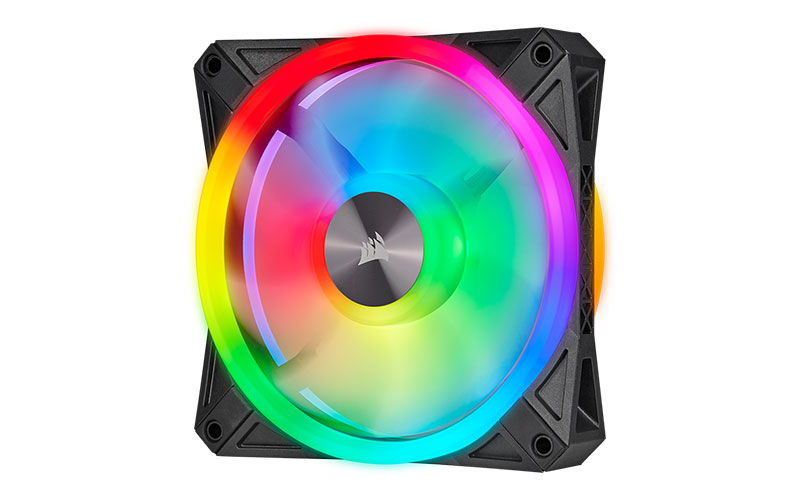 Fortunately, Corsair hasn't neglected performance either. The QL series fans use hydraulic bearings and feature built-in vibration dampeners on all four corners and fan blades that Corsair says are designed for low noise. In addition, support for PWM control lets the fans ramp up accordingly when needed and quiet down when the PC is idle.

The QL120 is available in either a single-pack or a three-pack, while the QL140 only comes in a single- or two-pack. The multi-pack fans will also ship with a Corsair iCUE Node CORE hub for connecting up to six fans. Here's an overview of the pricing:

Join HWZ's Telegram channel here and catch all the latest tech news!
Our articles may contain affiliate links. If you buy through these links, we may earn a small commission.
Previous Story
Sony’s new WH-H910N bring a dash of colour to noise-cancelling headphones
Next Story
Razer's Kraken Ultimate headset has THX Spatial Audio for better positional accuracy