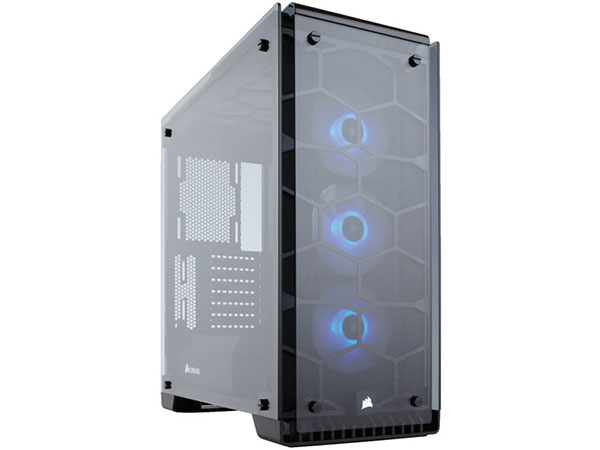 Corsair has announced two new cases ahead of the holiday shopping season – the Crystal Series 570X RGB and the Carbide 270R. The 570X RGB is without doubt the more interesting of the two, featuring tempered glass panels on four sides, the better to show off your hardware. On the other hand, the Carbide 270R has a far more conservative look with just a single acrylic side window.

The 570X RGB joins the 470X RGB in Corsair’s new Crystal series of cases. But while the latter only had tempered glass on the front and left panels, the 570X RGB extends this to the top and right side.

It is larger as well, and will hold up to six case fans, including two 120 or 140mm fans up top (in addition to the three at the front). The chassis ships with three Corsair SP120 RGB fans, all of which are connected to a lighting controller that is in turn connected to a six-fan hub. There are actually two connectors – one on the right and another on the top – and they let you easily choose between white, red, orange, yellow, green, blue, violet and various lighting modes.

Given that this is a case designed to show off your hardware, there is also a power supply shroud to hide most of your cable mess. However, this is riveted in place, so you’ll have to insert your PSU through an opening on the right side. 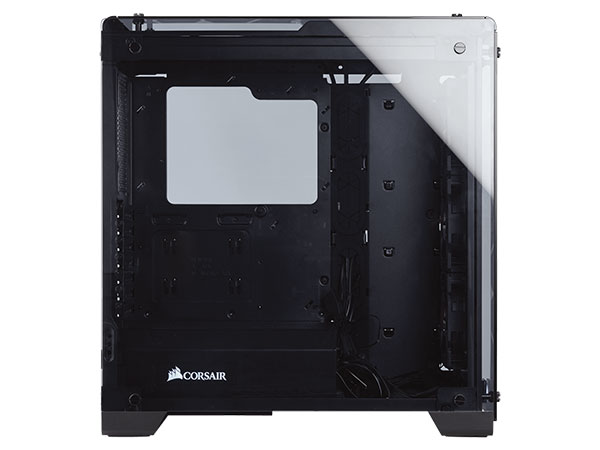 Another standout feature is the drive mounting system, which can hold up to two 3.5-inch and two 2.5-inch drives. The 570X RGB eschews traditional drive bays in favor of mounts at the rear of the motherboard tray. This means that the air intakes are entirely unimpeded, providing direct cooling to the GPU and other heat-generating components.

The Carbide 270R is a far more mundane affair. It has a smaller acrylic side window, but still features a PSU cover for a neater look. It takes up two 3.5-inch and two 2.5-inch drives as well, and there is space for up to three 120mm fans in the front. 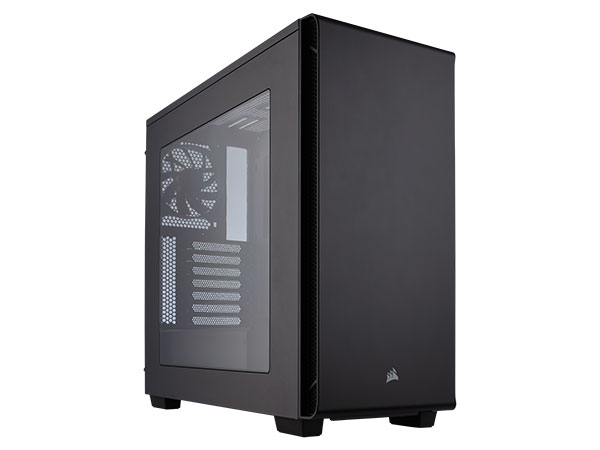 Hardware support is much the same as on the 570X RGB, with room for graphics cards up to 370mm long and CPU coolers up to 170mm tall.