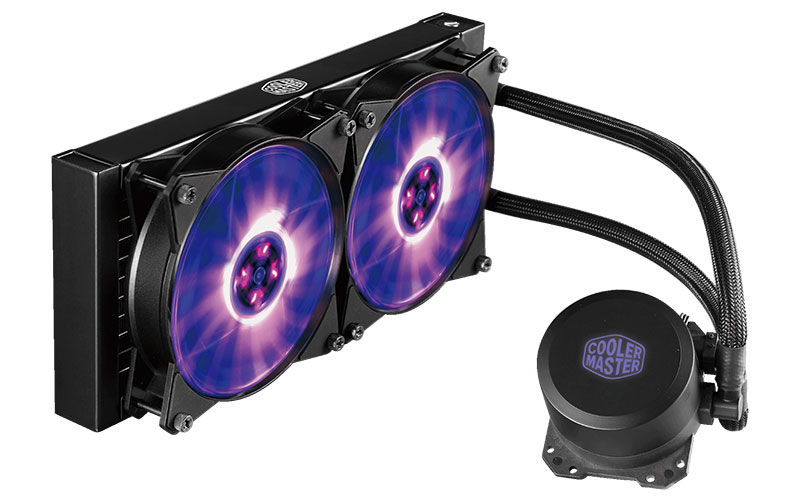 Cooler Master has announced the local availability of its new MasterLiquid ML120L and ML240L RGB all-in-one coolers, both of which boast customizable RGB lighting that can be synced to match the effects on your motherboard.

The two coolers are actually very similar to the older MasterLiquid 120 and 240, and the only differences are the additional RGB features and slightly narrower tube diameter (6mm versus 8mm).

Cooler Master is looking to price these coolers very aggressively, and these are probably among the most affordable you can get for their feature set. The MasterLiquid ML120L RGB is available now at just S$89, while the ML240L RGB costs S$109, which make for quite an attractive proposition.

Both coolers use a dual-chamber pump and 120mm MasterFan MF120R RGB fans, where the dual-chamber design helps isolate the heated coolant in its own compartment to maximize cooling. 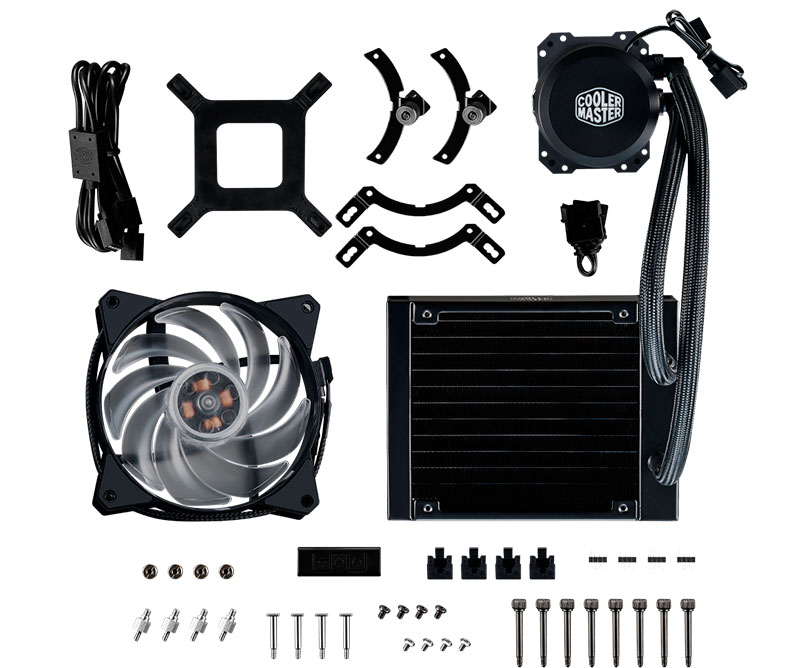 The radiator has also been designed with low resistance in mind, the better to improve the coolant flow rate and heat exchange efficiency.

In addition, they’re equipped with an RGB controller and splitter cable, so you can easily sync it with the RGB effects on your motherboard. It’ll work with most of the major brands, including ASRock, ASUS, Gigabyte, and MSI, so that should have most folks covered.

The coolers are also compatible with the AMD AM4 and Intel LGA2066 sockets, so it’ll work with most of the new processors as well.