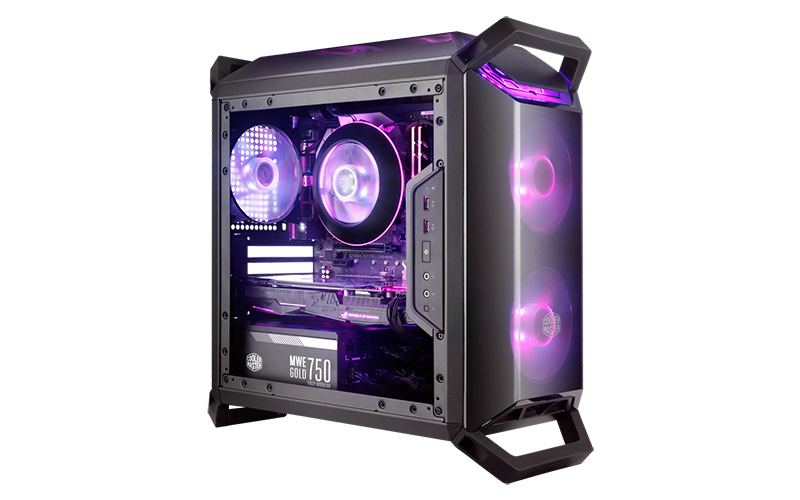 Cooler Master has announced the local availability of its MasterBox Q300 series. Both the MasterBox Q300L and Q300P were designed as compact, portable cases that you can easily carry to a LAN party, so they fill quite a specific niche in the wider PC case market.

The company says it wanted to create small and customizable gaming cases with the MasterBox Q300 series, and both the Q300L and Q300P have room for a full-sized ATX power supply and up to a 240mm radiator, despite only being micro-ATX cases.

Flexibility was a priority here as well, and one of the most unique features of the cases is the modular I/O panel. It can be moved to a total of six different locations on the front, top and sides of the case. This means that you can fit them more easily into tight spots without necessarily worrying about the orientation of the case. 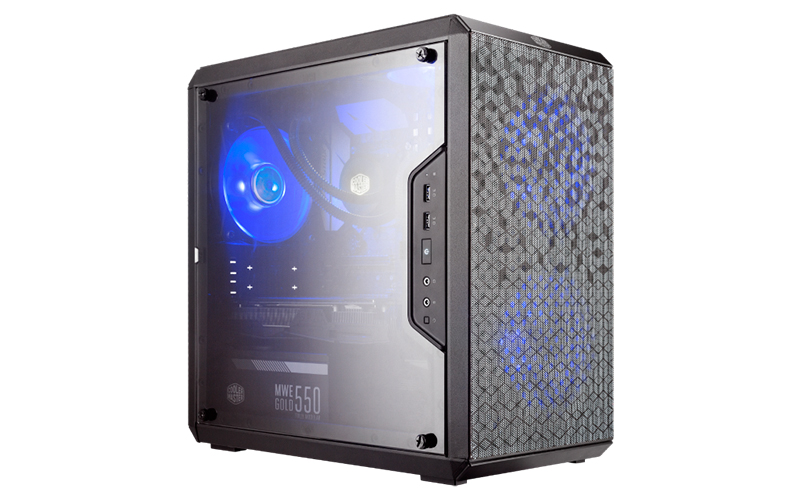 When it comes to cable management and routing, the Q300 series cases offer up to 28mm of space behind the motherboard.

At S$69, the Q300L is the cheaper of the two and it offers a more basic setup. It comes with magnetic patterned dust filters on the front and top panel, which can be removed for easy cleaning. In addition, the case can be made to stand either horizontally or vertically, depending on your preferences.

On the other hand, the Q300P cost S$109 and is slightly snazzier-looking. It features DarkMirror front and top panels for a more premium feel, and ships with two 120mm RGB LED fans pre-installed in the front. There’s RGB illumination at the top of the case as well, which you can control using the bundled RGB controller.

However, the Q300P’s defining feature is probably the inclusion of four removable handles that make it easier to carry and transport. That said, it’s no featherweight at 5.2kg, but it is still far easier to move around than other steel cases out there.

Both cases are now available to buy.

Join HWZ's Telegram channel here and catch all the latest tech news!
Our articles may contain affiliate links. If you buy through these links, we may earn a small commission.
Previous Story
An iPhone with triple-lens camera could really be coming next year
Next Story
The JBL Link Bar is a soundbar running Android TV and Google Assistant