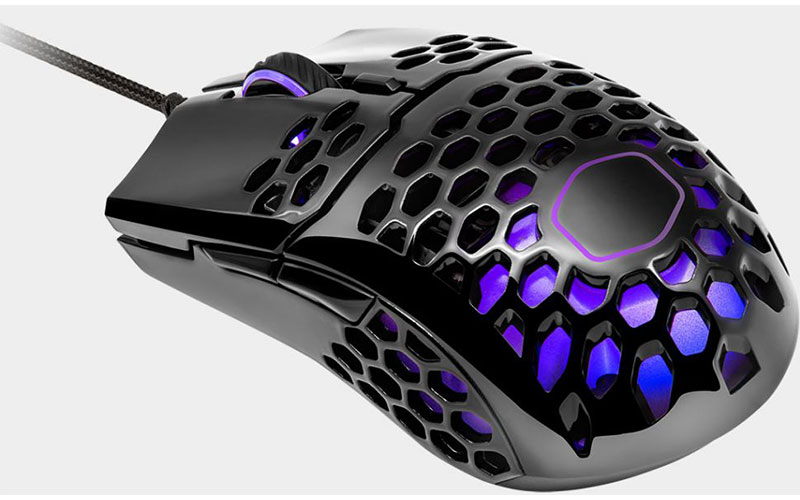 Cooler Master has announced the MM711 gaming mouse, which is basically a version of the MM710 with RGB lighting thrown in. It features the same honeycomb shell and small, lightweight body, but you now get LEDs that shine through the perforations in the mouse.

It's not unlike what you get on the Glorious Model O and O-, and one could argue that these honeycomb designs lend themselves particularly well to RGB lighting.

Of course, the extra LEDs mean more weight, so the MM711 weighs just under 60g, according to Cooler Master, a touch heavier than the 53g MM710. That's still plenty light though, and the M711 can count itself among the lightest gaming mice available today.

The MM711 features the same 16,000DPI PixArt PMW3389 optical sensor as its sibling, so tracking should be similarly flawless. Its shape is exactly the same too, which means it's great for the claw grip and those with smaller hands.

The MM711 will retail at US$59.99, US$10 more than the MM710. Interested readers can keep an eye out at the company's official stores on Lazada and Shopee, but I'll update if there's any news on local availability and pricing.

Join HWZ's Telegram channel here and catch all the latest tech news!
Our articles may contain affiliate links. If you buy through these links, we may earn a small commission.
Previous Story
Apple's new privacy website now explains in greater detail how its products protect your privacy
Next Story
The Dell UltraSharp UP2720Q monitor features a built-in colourimeter and Thunderbolt 3 support