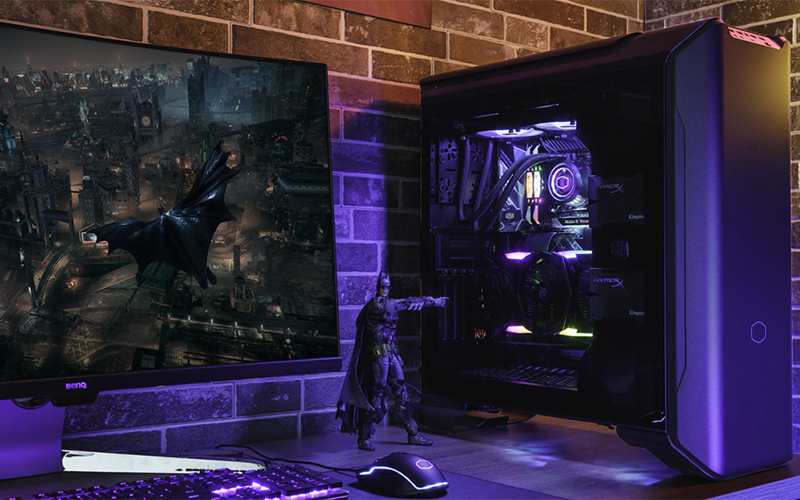 The signature feature of the MasterCase SL600M was its unique fan configuration, where it adopted a so-called chimney effect layout to supposedly improve cooling. Instead of having intake fans at the front of the case, it featured two 200mm fans at the bottom that facilitate natural convection patterns, where hotter and less dense air automatically rises to the top. Hot air is then expelled through vents at the top of the case, where there's room for three 120mm fans or two 140mm/200mm fans. 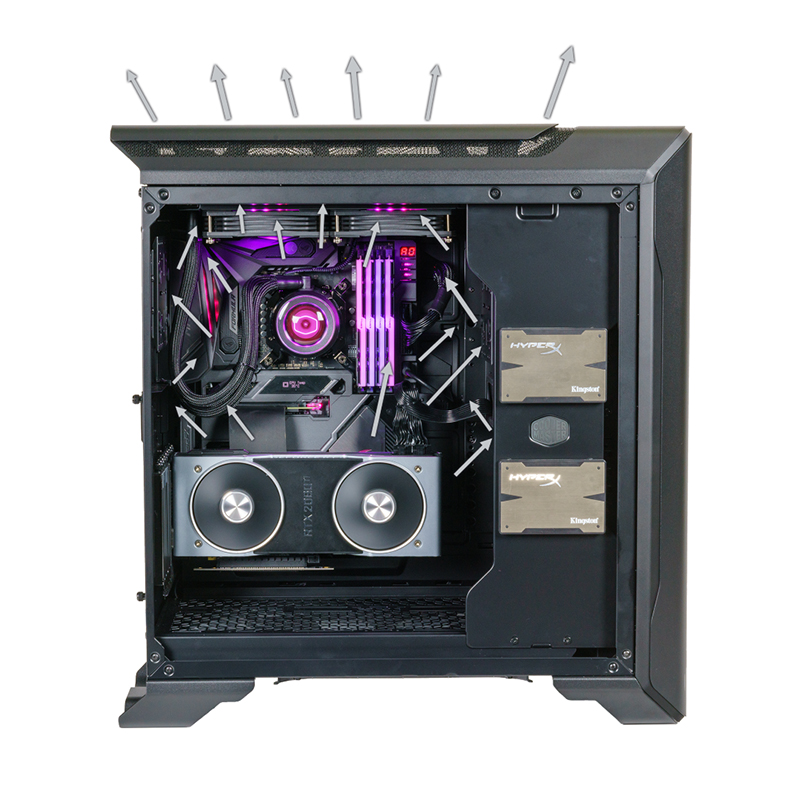 Since the path of airflow in the case occurs from bottom to the top, the front and rear panels are used to reduce noise. According to Cooler Master, the solid rear panel also helps prevent noise from bouncing off nearby walls, which further brings overall noise levels down. In addition, the use of large 200mm fans also helps keeps things quieter, because bigger fans can afford to operate at a lower RPM.

The case supports vertical GPU mounting too, and the PCI bracket can be rotated to allow this. However, you'll need to get your own riser cable as Cooler Master isn't shipping one with the case. 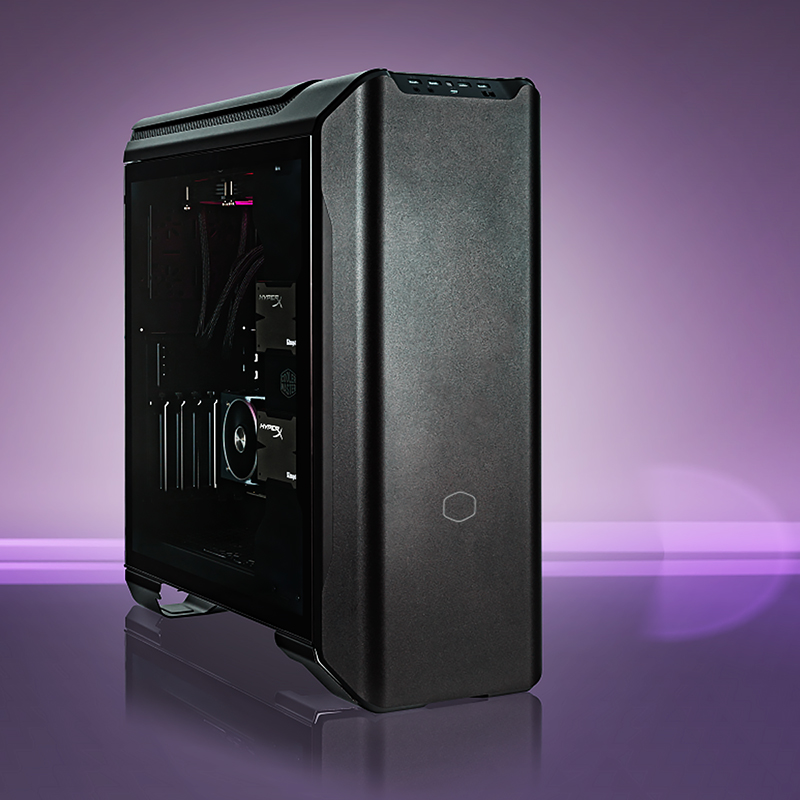 The MasterCase SL600M also comes with modular storage brackets, which can be placed at different locations within the case, including behind the front panel and the bottom radiator bracket. These brackets can hold an SSD, HDD, or even a water pump or reservoir.

There are other nifty features as well, such as a proximity sensor that triggers the USB lighting on the front I/O for easier access in the dark. The panel will then stay temporarily lit before turning off automatically. The I/O panel houses plenty of ports, including one USB 3.1 (Gen 2) Type-C, four USB Type-A, a PWM fan speed slider, a headset jack that supports audio and microphone output, and a dedicated microphone jack.

The MasterCase SL600M Black Edition is available to buy now at S$299.

Join HWZ's Telegram channel here and catch all the latest tech news!
Our articles may contain affiliate links. If you buy through these links, we may earn a small commission.
Previous Story
Apple rumoured to launch new AirPods and MacBook Pro next month
Next Story
Google said to be working on its own smart debit card