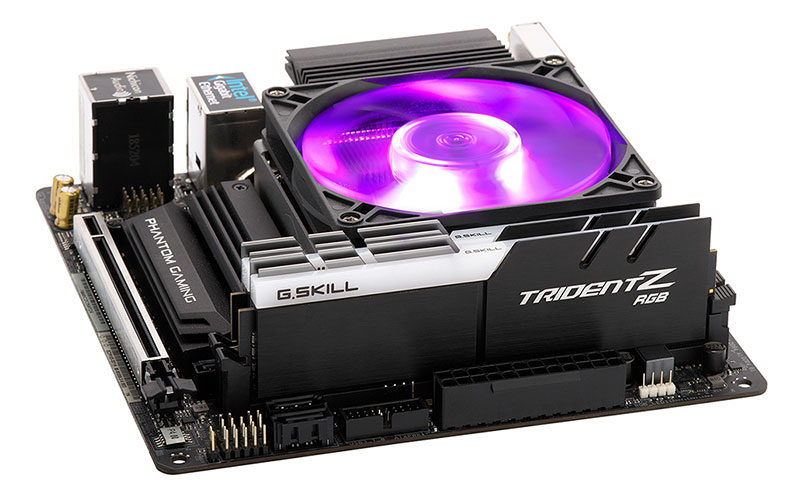 Cooler Master has announced the MasterAir G200P, a low-profile cooler designed specifically for small form factor PCs. It sits at just 39.4mm tall and comes equipped with a 92mm PWM fan with RGB lighting, which means it should fit into even the smallest mini-ITX builds.

The cooler also features twin C-shaped copper heat pipes, a finned aluminum heatsink, and a copper base. The fan pushes air through the heatsink and out the sides, and the cooler is rated for use with CPUs with up to a 95W TDP. That excludes something like the AMD Ryzen 9 3900X or Ryzen 7 3800X, which have a 105W TDP, but it's technically good enough for the Core i9-9900K. 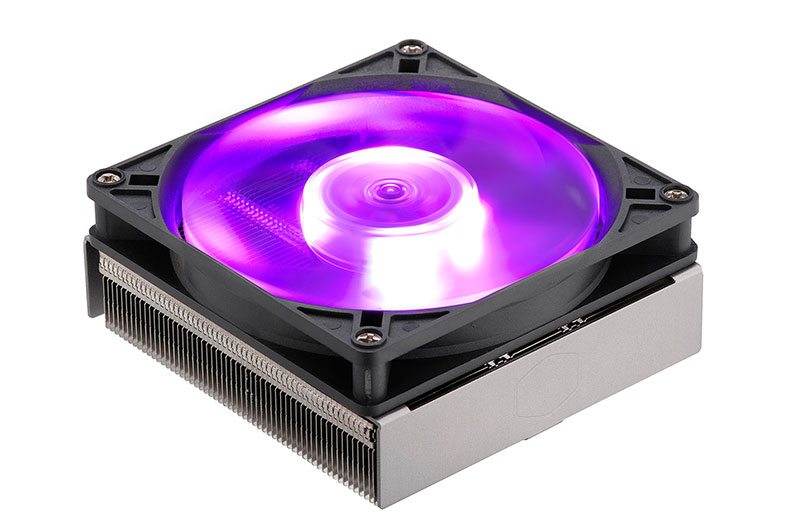 The included fan ranges between 800 and 2,600RPM, so it should be pretty quiet when your system isn't working that hard. In addition, there's a built-in RGB LED controller for quickly adjusting the lighting effects, with dedicated buttons for changing the mode, colour, and brightness. The addressable RGB LEDs on the fan are compatible with the ecosystems of most of the major motherboard brands as well, including ASUS Aura Sync, MSI Mystic Light, and ASRock's Polychrome Sync.

The MasterAir G200P retails locally at S$69 and is available to buy now on Shopee. It'll compete against something like the Noctua L9i and L9a, but the latter two don't offer RGB LEDs.