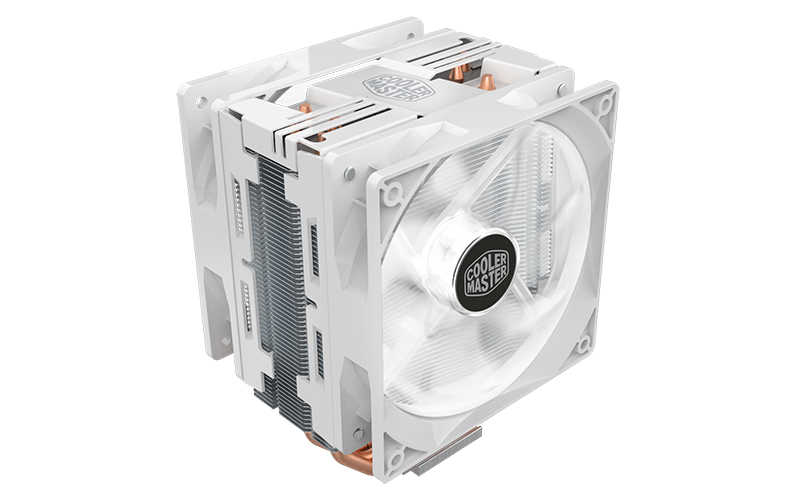 Cooler Master has announced a special White Edition of its Hyper 212 LED Turbo air cooler. The Hyper 212 line has always been a popular choice for PC builders looking to replace their stock cooler with an affordable third-party model, and the new White Edition offers an alternative to the existing red and black top plate options.

The White Edition features a white aluminum top cover and dual XtraFlo PWM fans with white LEDs. It also utilises four direct contact heat pipes to channel heat away from the CPU and a stacked fin array designed to facilitate air flow. The fans are attached to the heat sink via snap-on brackets, so you can easily upgrade and install new fans.

The cooler stands at 160mm tall, which shouldn't cause any issues with most cases. There's also 46.5mm of clearance for your memory modules.

Join HWZ's Telegram channel here and catch all the latest tech news!
Our articles may contain affiliate links. If you buy through these links, we may earn a small commission.
Previous Story
Presenting the overnight meme - the iPhone 11 Pro's camera
Next Story
PUBG Mobile Campus Championship (PMCC) is coming to Malaysia on 24 September