Continental has developed a tyre that inflates itself

Continental has developed a tyre that inflates itself 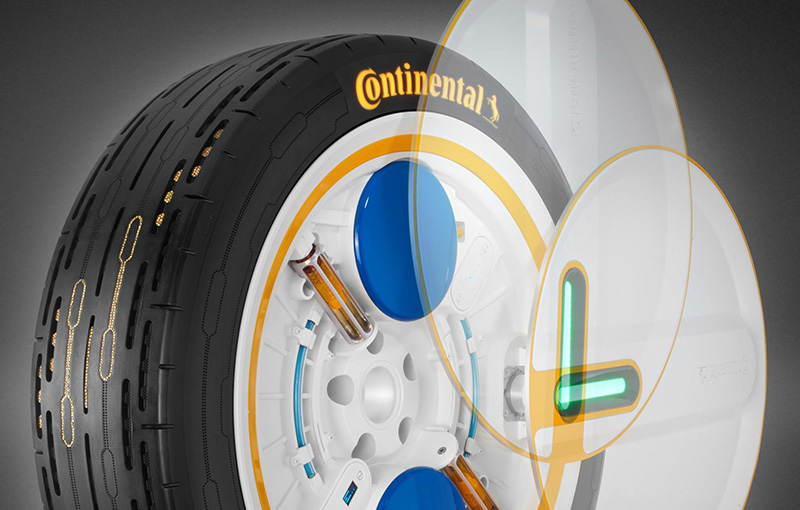 Earlier this year, Michelin and GM showed off puncture-proof, airless tyres. Now, Continental has a new concept tyre that inflates itself.

It's called C.A.R.E, which stands for Connected, Autonomous, Reliable, Electrified, and it was developed for the future generation of self-driving cars.

The idea is that since the cars drive themselves, they'll also need systems to ensure that their tyres remain properly inflated. Under-inflated tyres increase wear rate and fuel consumption.

The tyre uses centrifugal force produced during acceleration to activate air pumps in the tyre. The air is then used to ensure the tyre always remains in an optimum pressure zone. Excess air is stored in an integrated tank for future use.

Additionally, the C.A.R.E tires also feature a range of sensors that will relay information such as tread depth, tyre pressure, and tyre temperature. This would allow fleet managers to monitor their cars closely.

No word yet on if or when these tyres will go into production.

Join HWZ's Telegram channel here and catch all the latest tech news!
Our articles may contain affiliate links. If you buy through these links, we may earn a small commission.
Previous Story
The MSI Alpha 15 gaming laptop is the first to come with AMD's Radeon RX 5500M GPU
Next Story
Audeze launches its new LCD-GX planar magnetic gaming headphones