Compal has a foldable 13-inch PC concept called the Flexbook

Compal has a foldable 13-inch PC concept called the Flexbook 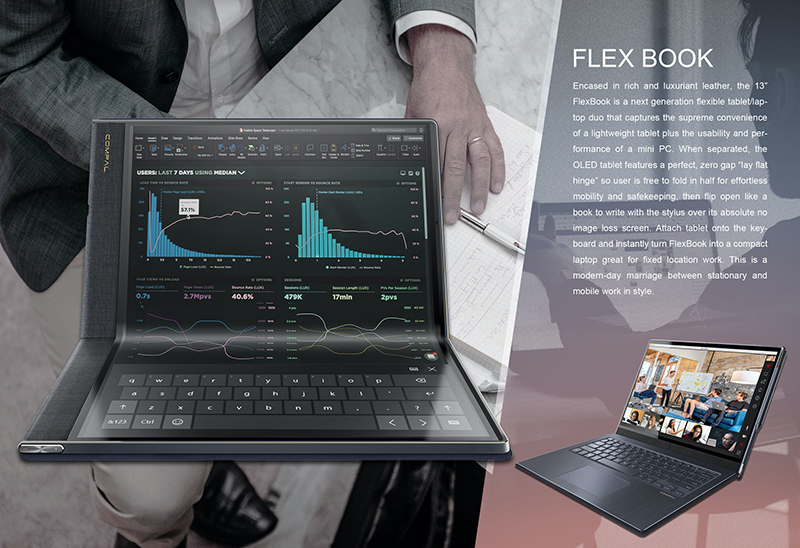 If the name is unfamiliar to you, Compal is one of the world's largest contract maker of notebooks, monitors, and tablets, and it has a 13-inch foldable PC concept called the Flexbook.

Much like Lenovo's ThinkPad X1 Fold, the Flexbook features a flexible 13-inch OLED display that can be folded in half.

It also has a "zero gap lay flat hinge" which presumably means the two displays fold perfect onto each other with no gaps in between them. 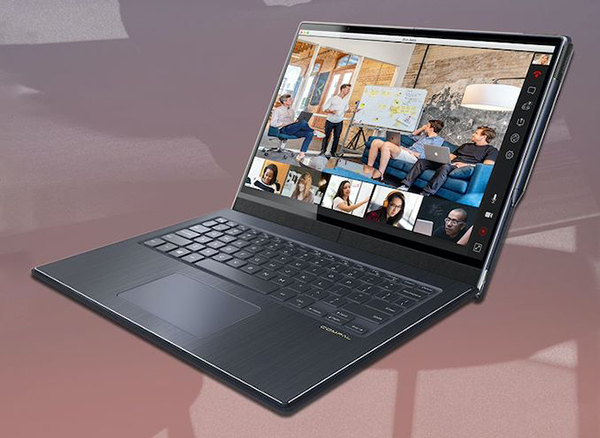 For better typing performance, Compal also has a wireless hardware keyboard for the Flexbook that can be attached to one end of Flexbook when it is unfolded.

Since this is just a concept, there's no word on its internals nor its dimensions. However, it is likely that Compal will be able to accommodate for both ARM and Intel processors.

It all goes to show that the big trend of 2020 will likely be foldable devices. Samsung is going full steam ahead in this area with the launch of its new Galaxy Z Flip and Lenovo will take things one step further with its ThinkPad X1 Fold later this year. And now with ODMs like Compal jumping on board, it looks like it won't be long before we see more foldable devices on the shelves.

Join HWZ's Telegram channel here and catch all the latest tech news!
Our articles may contain affiliate links. If you buy through these links, we may earn a small commission.
Previous Story
Watch the first trailer for Steven Spielberg's Apple TV+ series Amazing Stories
Next Story
iPhone 9 said to be on track to launch in Mar, new iPad Pro in 1H 2020