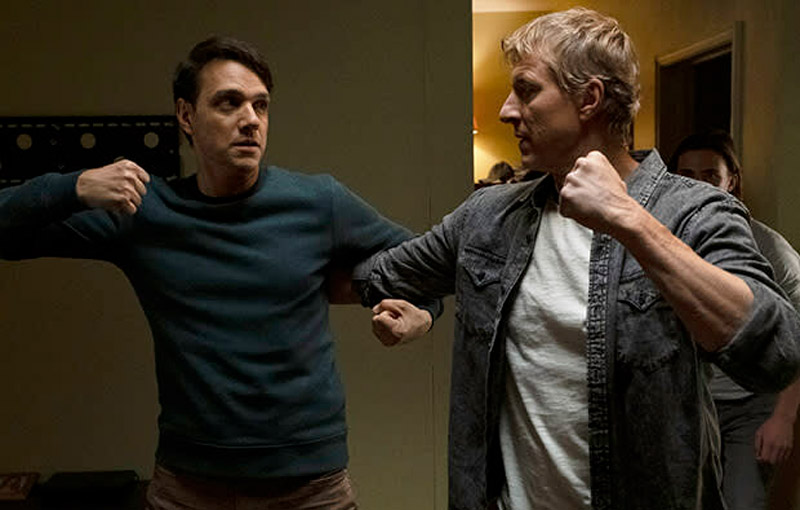 Welcome back to the All-Valley Karate Tournament.

Season 4 of Cobra Kai will hit Netflix in December, according a recent announcement from the streaming service. We’ve also got a brand-new teaser trailer advertising the return of the All-Valley Karate Tournament, a competition that has been… somewhat prone to controversy in the past.

While there isn’t much new footage in this teaser, we do get a look at Cobra Kai’s returning cast as they gear up to fight for their Valley's fate. Xolo Mariduena, Peyton List, Mary Mouser, Jacob Bertrand all return and of course, Ralph Macchio and William Zabka pop up too. The iconic rivals are finally teaming up next season to train the younger generation before they take part in the tournament, which surely won’t see an easy resolution.

Cobra Kai Season 3 ended with series antagonist John Kreese (Martin Kove) in charge of his dojo once again, having wrested control of it away from Johnny Lawrence. Lawrence and Daniel LaRusso made a pact with the villain: their respective dojos will compete in the revived All-Valley tournament, and whoever loses must leave the town forever. Unfortunately, Lawrence’s son Robby is now with Kreese’s dojo - making the upcoming fight a complicated family affair.

Season 4 also sees the return of Thomas Ian Griffith as Karate Kid Part 3’s Terry Silver, so expect more franchise nostalgia even with all these dramatic goings-on. Between this and The Witcher Season 2, Netflix is building up quite an eventful December.

Join HWZ's Telegram channel here and catch all the latest tech news!
Our articles may contain affiliate links. If you buy through these links, we may earn a small commission.
Previous Story
Saber Interactive has pushed back the release of Evil Dead: The Game to February 2022
Next Story
Samsung launches 5nm chipset for wearables, the Exynos W920