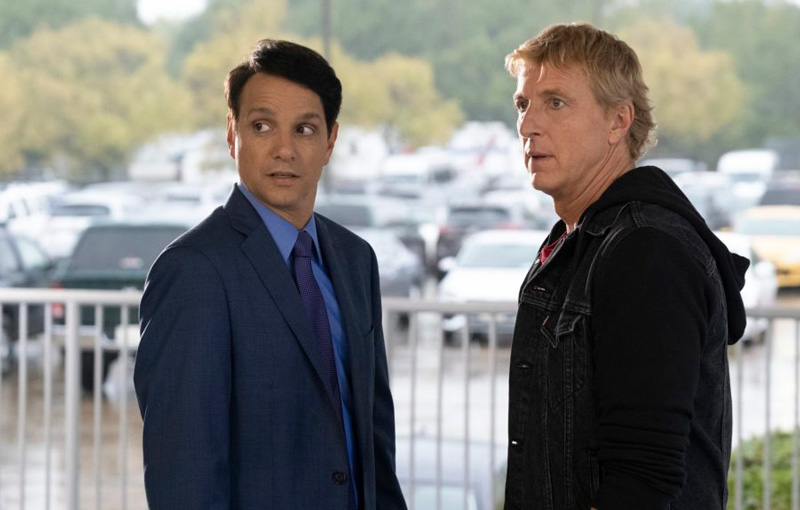 Netflix has released a new trailer for Cobra Kai Season 3, which premieres on January 8, 2020. The show brings back multiple characters from The Karate Kid Part 2 this season - and the iconic duo of Ralph Macchio and William Zabka return too, of course.

In a season that already looks to be stuffed full of drama, Cobra Kai is also bringing back Chozen and Kumiko from The Karate Kid Part 2. Miguel suffered a near-fatal injury at the end of Season 2, and it looks like a guilty Johnny Lawrence won’t allow him to give up on karate. His son did put Miguel in that hospital, after all.

It looks like Season 3 will also finally have longtime rivals Lawrence and Daniel LaRusso team up to put an end to the fighting between two karate dojos, which threatens the lives of their students. Will series antagonist John Kreese finally get his comeuppance? I certainly hope so.

According to an October report, Netflix’s recent acquisition of Cobra Kai has proven to be extremely successful with viewers. The show’s first season alone was viewed by 60 million households, so it’s no surprise that it was recently renewed for a fourth season too. The Karate Kid sequel series lives on.

Join HWZ's Telegram channel here and catch all the latest tech news!
Our articles may contain affiliate links. If you buy through these links, we may earn a small commission.
Previous Story
The fastest-selling PC game of all time is a World of Warcraft expansion
Next Story
Apple said to be considering the removal of charging cables in future iPhones