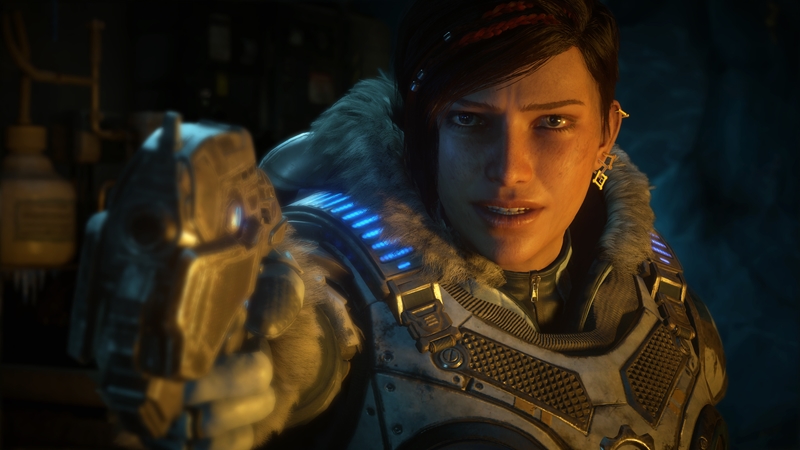 Any Gears of War player worth his salt should be familiar with Rod Fergusson - it's a name as synonymous to the franchise as Tom Clancy is to Splinter Cell. But after 15-odd years of working on the sci-fi franchise, it seems the grizzled veteran is finally putting away his gun in search of a new adventure.

And he's found one. Or to be more specific, it found him. The "it" in question refers to Blizzard, who've managed to get Fergusson on board the Diablo team from March onwards. He'll be in charge of overseeing the franchise, which naturally means he'll be taking point on Diablo IV as well.

Naturally, his departure from The Coalition is nothing if not bittersweet. After all, you'd be a little sad too if you had to leave the team you've been working alongside for more than a decade. Nevertheless, Fergusson is taking it in his stride, and as a final hurrah, hopes that everyone will enjoy the upcoming Gears Tactics, which is set for an April 28 release.

I began working on Gears of War over 15 years ago and since then, it has been the joy of my life. But now it’s time for a new adventure. I leave Gears in the great hands of The Coalition and can’t wait for everyone to play Gears Tactics on April 28. pic.twitter.com/Az5w0B631i

Starting in March, I will join Blizzard to oversee the Diablo franchise. Leaving is bittersweet as I love our Gears family, the fans, and everyone at The Coalition and Xbox. Thank you, it has been an honor and a privilege to work with you all. pic.twitter.com/0FuO3RFYSQ

While we definitely won't be seeing Diablo IV emerge as a sci-fi title, it's still pretty exciting to think about how Fergusson's experience with the genre might blend in with Diablo's medieval fantasy themes. Guess we'll just have to wait and see.

Join HWZ's Telegram channel here and catch all the latest tech news!
Our articles may contain affiliate links. If you buy through these links, we may earn a small commission.
Previous Story
Google Maps is getting a UI refresh and a new icon
Next Story
NVIDIA's GeForce Now game streaming service has finally left the beta