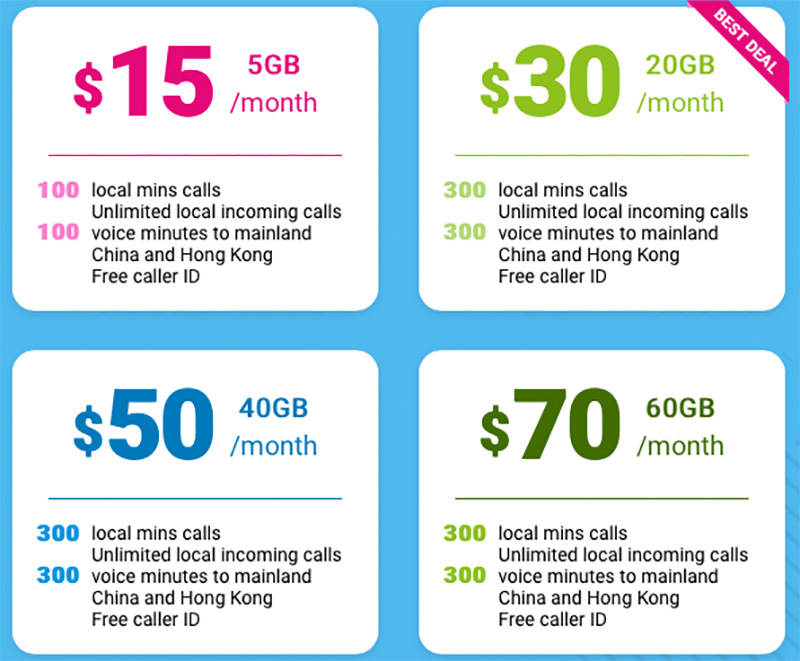 With so many SIM-only offerings from local telcos and MVNOs out there now, why should anyone look at CMLink’s plans? In short: other than the usual perks that MVNOs tend to give — no contract, online management, free number porting, free caller ID — CMLink’s plans are designed for those who travel to mainland China and Hong Kong or make calls to these two places frequently.

Another advantage is that users can use their data allocation in China and Hong Kong without incurring data roaming charges. For roaming in other countries or regions, there are add-ons that you can buy. Bill payments can be made through credit cards (you can set up automatic recurring payments) but you can also top up your SIM card using WeChat Pay and AliPay.

Update, Mar 25: I've been informed by CMLink that to celebrate the launch, it's now offering S$20 off for 6 consecutive months for its S$30 and above plans. Put another way, customers who signed up to the S$30 for 20GB plan will be paying just S$10 per month for 6 months (the discount will kick in from the second bill onwards). This offer will run from now till 30 June 2020.

To sum up, overseas Chinese studying or working here and Singaporeans who visit mainland China and Hong Kong on a regular basis are the two main groups that will find CMLink’s plans attractive. In fact, to make life easier for existing China Mobile customers living in Singapore, there’s also a CM Numbers Link service that allows them to bind their mainland China Mobile number to their CMLink Singapore number so that messages and calls made to the former will be automatically forwarded. At the moment, only SMS forwarding is provided (free till end 2020, S$3/month after); call forwarding is coming at a later date.

Updated on Mar 25 to include launch offer details.

Previous Story
Counterpoint Research: Samsung is the world's third biggest mobile processor maker
Next Story
Some of the best Galaxy S20 features are coming to the S10 and Note10