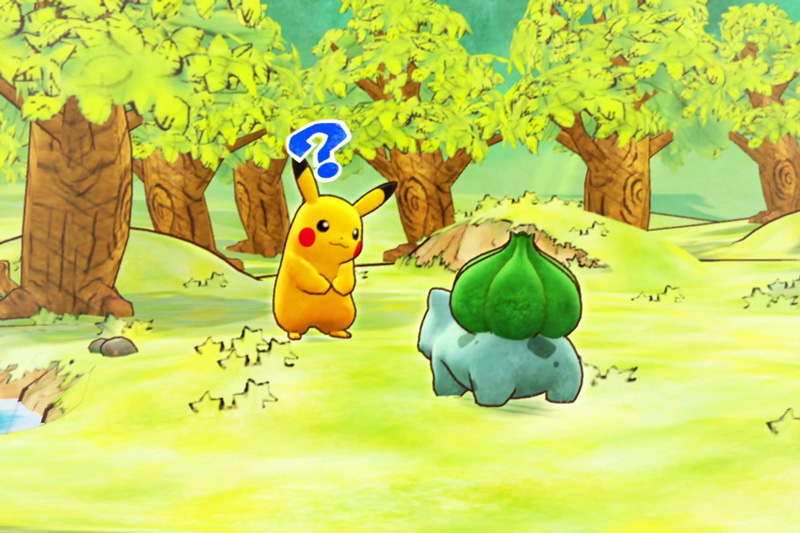 A remake of the 2006 classics Pokémon Mystery Dungeon: Red Rescue Team and Blue Rescue Team is coming to the Nintendo Switch in a couple months. 2020 really IS a wild year for gaming.

If you’re unfamiliar with these absolute classics released on the Game Boy Advance and Nintendo DS, they are quite different from the mainline Pokémon games. There are no gyms to conquer and champions to beat. Instead, you play as an amnesiac human who has now become a Pokémon, who then teams up with another Pokémon to go dungeon-crawling and rescue other Pokémon in trouble.

Probably the most nostalgic bit of the whole game is the very beginning, where you have to take a personality test - which lets the game assess what type of Pokémon you’re going to play as, as well as who your partner Pokémon will be. Battles are turn-based still, but slightly more kinetic than mainline games, with the ability to move around during combat and cast abilities from afar.

Pokémon Mystery Dungeon: Rescue Team DX will also come with updated graphics - including a really cosy new art style that replaces the original games’ 2D sprites with new 3D models. There will be a couple of other new additions as well, like Mega Evolutions, an auto-mode feature to make progress easier and the option to let another player rescue you while in a dungeon.

The game will arrive on March 6, 2020 - but you can play its demo for free right now on the Nintendo eShop.

Join HWZ's Telegram channel here and catch all the latest tech news!
Our articles may contain affiliate links. If you buy through these links, we may earn a small commission.
Previous Story
Here's what we know about the first ever Pokemon "Expansion Pass"
Next Story
Harley Quinn struggles to get over the Joker in new trailer for Birds of Prey