Clarkson, Hammond and May finally have a name for their new show on Amazon Prime

Clarkson, Hammond and May finally have a name for their new show on Amazon Prime 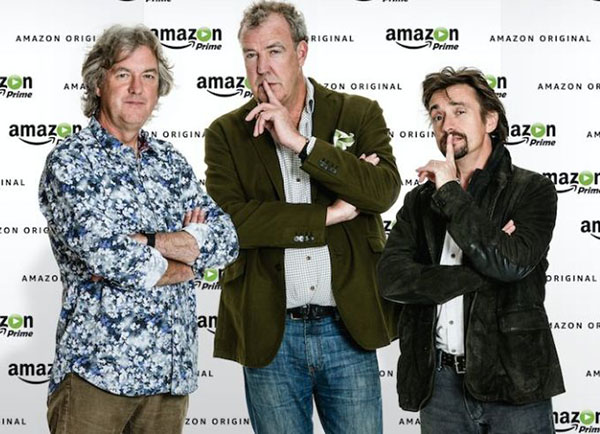 After a long wait, Clarkson, Hammond and May have finally decided on a name for their new motoring show which will air exclusively on Amazon Prime later this year in fall. It will be called "The Grand Tour".

The former hosts of Top Gear have said previously that coming up with a name was tough, and that they had to be very careful not to include words like "gear" which could lead to them being sued by the BBC.

This video showcases the difficulties they faced in coming up with a name.

On the new name, Clarkson issued a statement to say, "We'll be traveling the world hosting each episode in a different country. It's sort of a 'grand tour', if you like. So we've decided to call it 'The Grand Tour'."

This year is shaping up to be an exciting year for motoring enthusiasts, because before The Grand Tour hits Amazon Prime later this year, BBC's new Top Gear will begin airing on May 29.

Our articles may contain affiliate links. If you buy through these links, we may earn a small commission.
Previous Story
This Tesla Model S flew 25 meters, crashed, and rolled, but all five passengers survived
Next Story
Samsung Galaxy Surfboard allows coach to send information to surfer