Circles.Life makes it easier and cheaper to roam to 15 countries

Circles.Life makes it easier and cheaper to roam to 15 countries

Circles.Life has just announced its new Wanderlust Plan, a travel plan that gives subscribers 3GB of data that can be used in a combination of up to 15 countries. These 15 countries are: 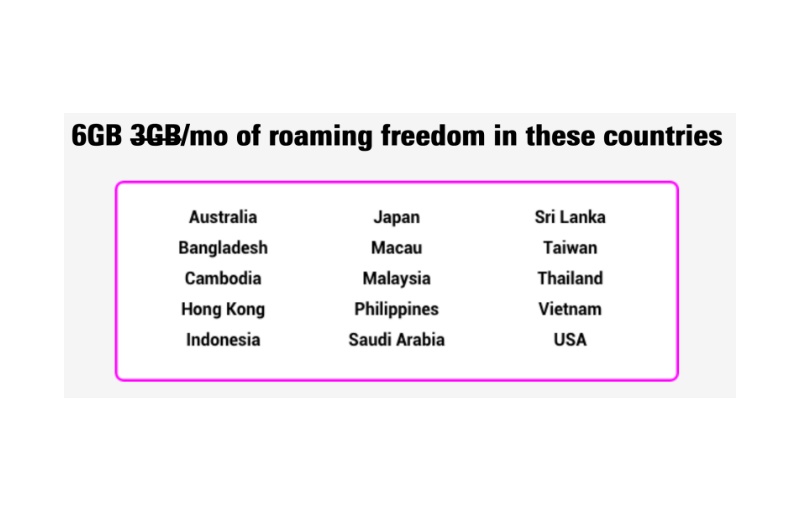 Targeted at people who are constantly on the go and often travel overseas for work or play, some key features of this plan include:

At the end of six months, the roaming data will return to 3GB a month. Additional data boosts and other add-on options can be purchased through the Circles.Life app. If subscribers travel to locations, not within the 15 selected counties roaming charges will fall back to Pay-as-you-go rates.

New subscribers to Circles.Life who port a number from an existing telco will enjoy S$10 off the usual price of the contract for a year meaning that it will be S$30 for a year before it returns to S$40 for the final year.

Circles.Life isn't the only telco to make changes to its roaming plans.

Join HWZ's Telegram channel here and catch all the latest tech news!
Our articles may contain affiliate links. If you buy through these links, we may earn a small commission.
Previous Story
Sales of Galaxy S20 series reportedly down by 50% in Korea
Next Story
Samsung Galaxy S20, S20+, and S20 Ultra local pricing and availability (Updated)