CIPA data indicates the camera market may finally be recovering

CIPA data indicates the camera market may finally be recovering

It’s been a trying last four years for camera manufacturers to say the least, with camera shipments dropping year on year. However, the latest figures from CIPA seem to suggest the tide might finally be turning, as the increase in net sales seen last year has been followed by a year-on-year increase in net shipments for the month of December. 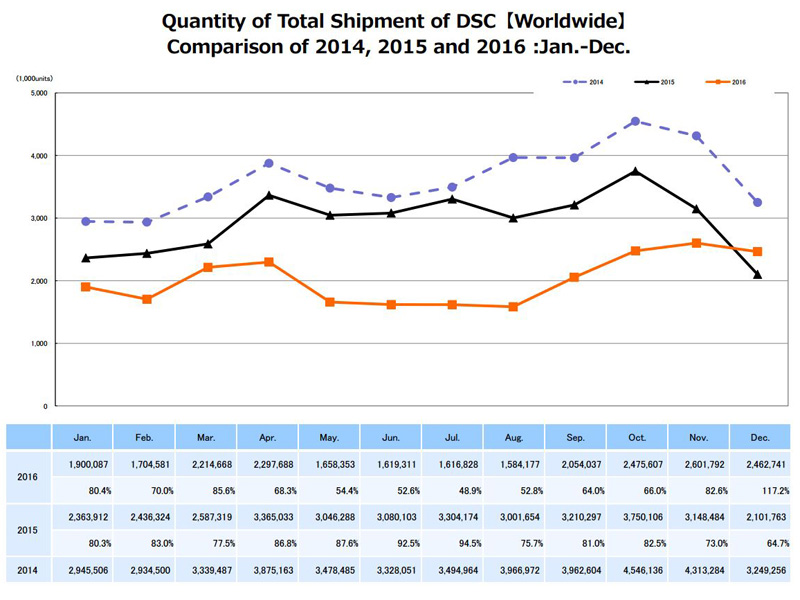 As you can see from the graph, total shipments of Digital System Cameras in Dec 2016 hit 2,462,741 compared to 2,101,763 from the previous year. That’s a 17% increase from the 2015, and seems to be fueled largely by increased demand in interchangeable lens cameras. 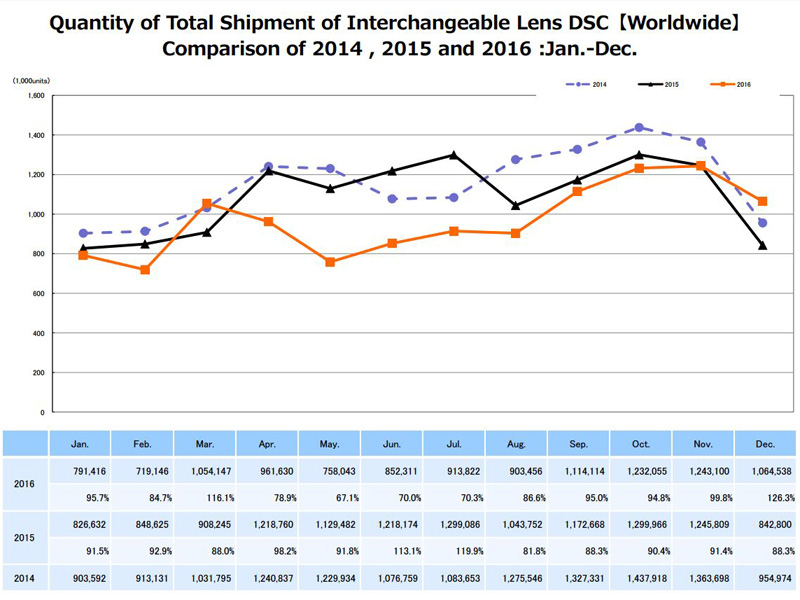 The report notes: “While the total shipments continued to fall, those of digital cameras with interchangeable lenses which are high-added-value and high-price products, are accounting for a greater and greater share of total shipments–––27% in 2013, 32% in 2014, 37% in 2015, and 48% in 2016, coming close to 50%. The industrial structure has changed.” 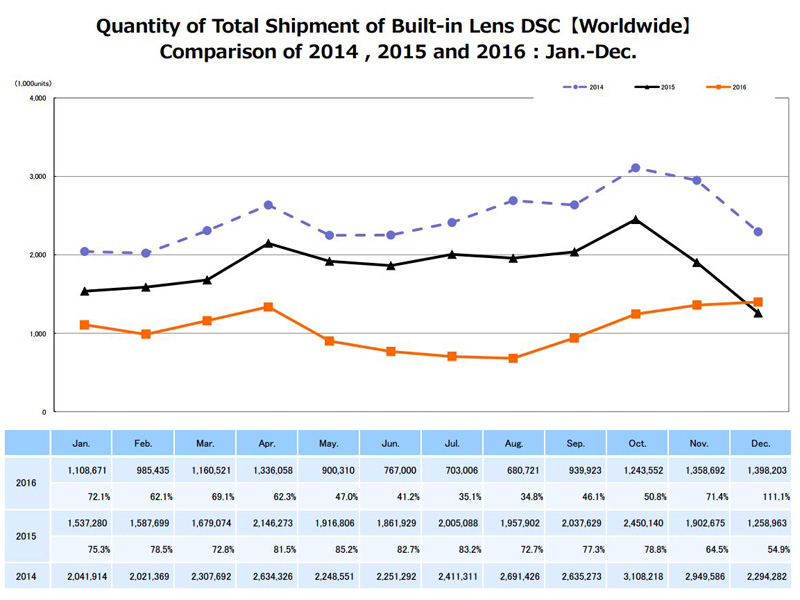 Meanwhile, shipments of cameras with non-interchangeable lenses dropped 11.1% year on year. This is attributed to the rise of smartphone cameras, and CIPA sees (as we do) that development for this segment will remain in the areas that smartphone cameras don’t go now. For example, 360-degree panorama cameras, VR cameras, waterproof action cameras, and high-magnification zoom lenses.

Hopefully this means we've reached the new normal, where camera manufacturers have a clearer idea of where to place their research and development efforts, and consumers can better decide which system to invest in without fear of their choice brand of camera being terminated without reason.