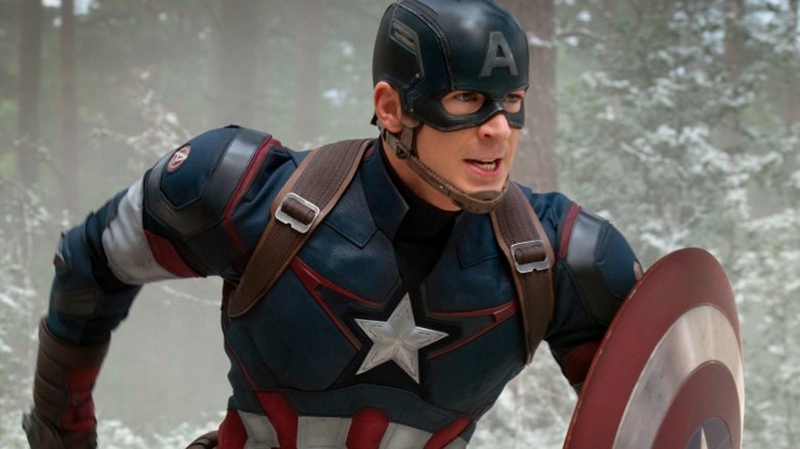 First of all, that's a pretty big compliment for any guy to receive, one that's made even bigger considering it's coming from Captain America himself.

Actor Chris Evans, who portrays the American hero in the Marvel Cinematic Universe, has reached out to the heroic kid who bravely protected his sister from a ferocious dog, acknowledging his selfless act and promising to send him an authentic Captain America shield as soon as he can.

Several days ago, when Bridger Walker's four-year-old sister was suddenly attacked by a German Shepherd mix, the six-year-old instinctively stepped in to protect his sibling, and the resulting tussle led to the young boy needing over 90 stitches on his face and neck, in addition to an arduous two hour surgery. Thankfully, he's recovering well and should be back to normal in no time at all.

CNN was the first to take notice, and Walker's aunt subsequently created an Instagram page for him, which is where Evans came across the incident. In typical superhero style, the latter sent him a video message thanking him for being the hero he is. It's made even more heartwarming since Walker's aunt recorded a video of him watching the message while wearing a Captain America outfit. Check it out below!

There are no words. We are so, so thankful.

Of course, Evans isn't the only celeb to acknowledge the boy's bravery and selflessness. Actress Anne Hathaway has also weighed in, saying in her Instagram post, "I'm not an Avenger, but I know a superhero when I see one.". She then pokes fun at Evans' fellow Avenger colleague Mark Ruffalo, who plays Bruce Banner/the Hulk, asking him if he needs a teammate.

Aye, not all heroes wear capes, and the world could certainly use more of such people. Here's wishing this "little Avenger" a swift recovery!