Chinese teen dead after being sent to internet addiction camp

Chinese teen dead after being sent to internet addiction camp 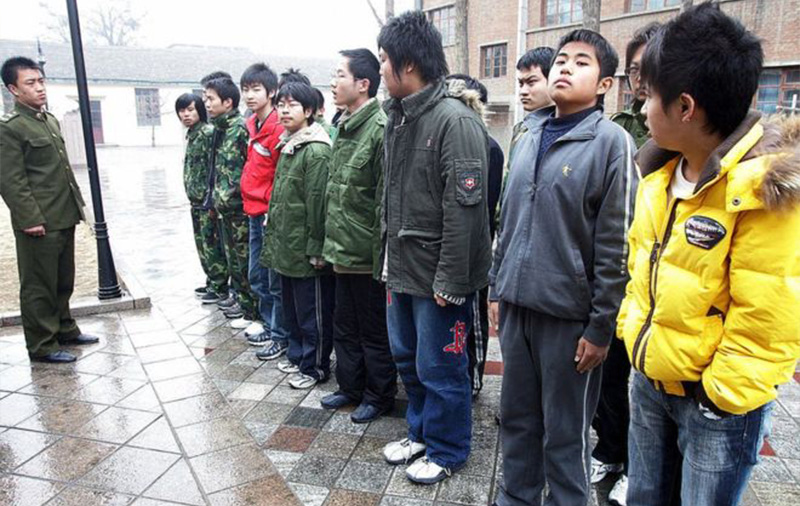 An 18-year-old teenager Li Ao has died just days after being sent to an internet addiction treatment center in the eastern Anhui province of China.

The center in Fuyang city, claimed to use a combination of “psychological counselling and military-style physical training” to help treat his addiction in a 180-day quarantine program. But no less than 48 hours after admission did his parents get a call informing them that their son had been taken to hospital, where he died of injuries soon after.

According to the news report you see above, the official cause of death has yet to be determined, but the parents were allowed to see the body and were shocked to see scars and bruises on his body. The doctors who examined the body told the parents they found more than 20 external injuries as well as several internal injuries. It is understood that the parents signed an indemnity form and paid some 22800 RMB for a 180 day course of treatment.

It was later found that the center had been operating on an illegal basis since it opened in May of this year. Education authorities Lujiang County’s Baishan Township had ordered the center to be shut down by August 10, but evidently this deadline came too late to prevent the tragedy.

China is cracking down on treatment centers such as this, especially after an extreme case led to a 16-year-old girl taking revenge on her mother by starving her to death. The girl had apparently written in her blog about being bundled into a car and taken to the academy against her will, and complained about frequent beatings and being forced to “eat in front of the toilet bowl”.

Laws have been drafted to explicitly prohibit abusive treatment of internet addicts, while companies in China are also moving to limit excessive gaming by minors, with internet giant Tencent imposing restrictions on gaming hours for younger users on one of its most popular games. Web Junkie, an American-Israeli documentary that has been made about this phenomenon. It premiered at Sundance in 2013, and the trailer is below.

Join HWZ's Telegram channel here and catch all the latest tech news!
Our articles may contain affiliate links. If you buy through these links, we may earn a small commission.
Previous Story
Netflix says it plans to spend a whopping US$7 billion on content next year
Next Story
Apple reportedly investing $1 billion in original video content