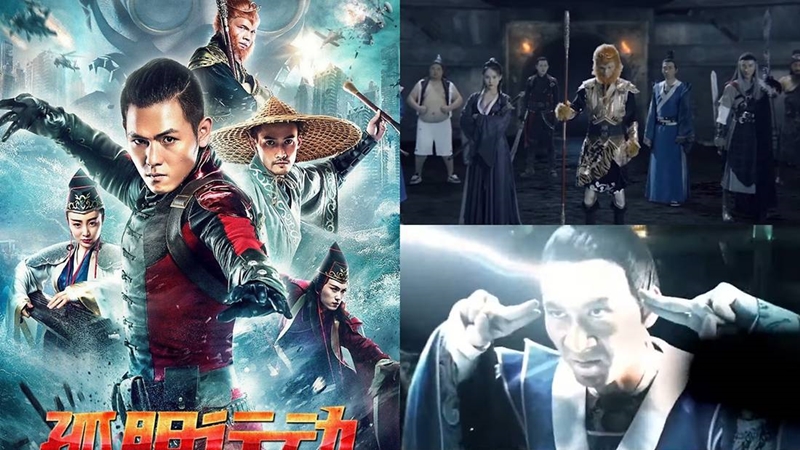 When it comes to originality, it's safe to say that Chinese creations have been on both ends on the spectrum...at different points in history. On one hand, we've got beloved folk tales and stories like Journey to the West and Romance of the Three Kingdoms that have survived the test of time, and on the other, we have characters from those same stories being tossed into hilariously obvious Avengers ripoffs.

To be specific, we're talking about China Captain, a web movie which is currently trending on online ticketing service Maoyan Entertainment (as reported by 8 Days). Narrative-wise, the movie is as weak as tap water at a hard liquor auction - it centers on the individual known as China Captain, an alcoholic who bemoans having his job taken away from him by Western superheroes. However, after he discovers some newfound powers, he decides to bring together a team of China's folk heroes to battle a group of foreign superheroes, who are supposedly "encroaching on their home turf", in that sense.

Apart from the titular character being a totally-not-obvious reference to another Western superhero with a country in his moniker, and the fact that having Chinese "superheroes" face off against Western ones (including Thor, Spider-Man and even Sailor Moon, for some reason) is loosely equivalent to a political jab, it's what the movie did to their own side that really has us laughing to bits. 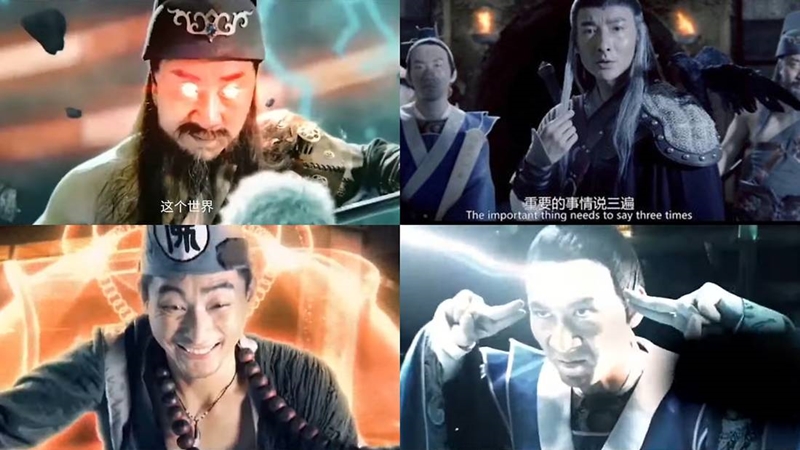 Don't get me wrong. I'm perfectly fine with the idea of having folk heroes in modern entertainment media - I am a Fate/Grand Order player after all, but it's awfully hard to take the idea seriously when the movie's iteration of Justice Bao can fire lasers from his signature crescent-moon birthmark.

Apart from Chinese mythology's most celebrated ghostbuster, China Captain also brings in the likes of Sun Wukong the Monkey King from Journey to the West, Guan Yu from Romance of the Three Kingdoms, mad monk Ji Gong and even Yang Guo from The Return of the Condor Heroes, among various others.

In fact, the character ripoffs aren't even the worst of it. The hour-long movie also quite literally took pages from Marvel's trademark comic-flipping introduction (pun fully intended), or rather, they just photocopied the sequence outright, replacing the characters with Chinese mythological figures. I'll be frank here, between the "poorly concealed" inspirations and metaphorical butchery of their own folk heroes, much less their Western opponents, I daresay the cheap special effects and movie quality are probably negligible by comparison.

Images and source as seen on 8 Days.

Join HWZ's Telegram channel here and catch all the latest tech news!
Our articles may contain affiliate links. If you buy through these links, we may earn a small commission.
Previous Story
Dragon Quest 3 HD-2D remake and Dragon Quest 12 have been announced
Next Story
Getting your Covid-19 jab? Gojek has your back with two free rides