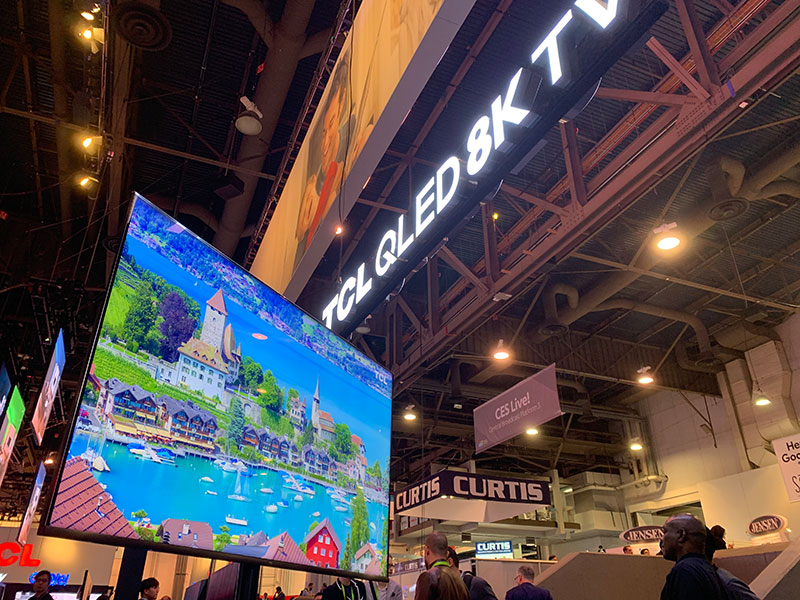 It’s not just TV manufacturers from Korea and Japan that are making 8K TVs; at CES 2019, we also saw 8K sets from makers based in China. One of them is TCL, which announced its new 8-Series Roku TVs with screen sizes that start at 75 inches.

Available later this year in the U.S., TCL’s 8-Series also uses quantum dot technology to enhance color reproduction. It also touts a new backlighting tech that the company calls Quantum Contrast, which is essentially a local dimming system with hundreds of dimming zones made up of mini LEDs.

Unlike Samsung’s, LG’s, and Sony’s new TVs, TCL’s sets have built-in Roku OS instead, and don't support AirPlay 2. For the uninitiated, the Roku OS on TCL’s TVs is the same software used on Roku’s own standalone streaming media players. The platform supports popular services such as Netflix, Amazon Prime Video, HBO Now, Hulu, and Spotify.

Join HWZ's Telegram channel here and catch all the latest tech news!
Our articles may contain affiliate links. If you buy through these links, we may earn a small commission.
Previous Story
InWin's new 905 chassis is a gorgeous work of brushed aluminum and tempered glass
Next Story
AMD claims to be working on its own ray tracing technology in response to NVIDIA’s jab