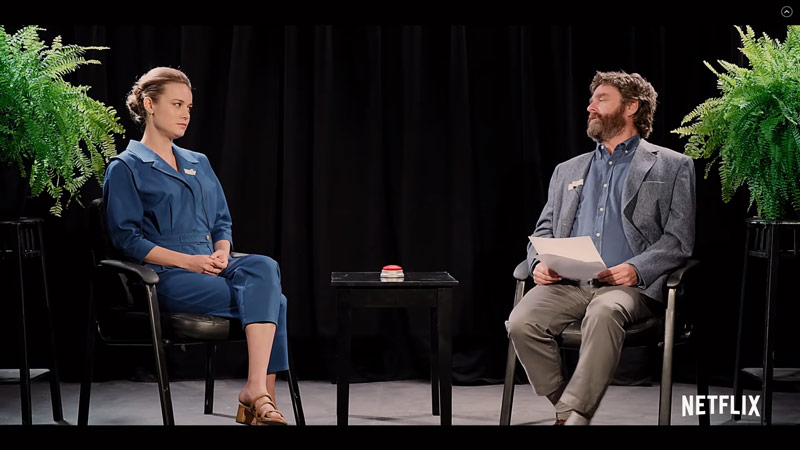 Netflix has revealed a trailer for Between Two Ferns: The Movie. The movie will have Zach Galifianakis go around and interviewing more celebrities in the most ridiculous way possible, in classic Between Two Ferns fashion.

I have no clue how anyone can make a movie out of 5-6 minute bits on Youtube, but Netflix seems to be making it work! The trailer starts out with Zach Galifianakis nearly drowning Matthew McConaughey during an interview, and then being forced out onto the road to mend his reputation with a new series of celebrity interviews.

Join HWZ's Telegram channel here and catch all the latest tech news!
Our articles may contain affiliate links. If you buy through these links, we may earn a small commission.
Previous Story
Overwatch is coming to the Nintendo Switch on 15 October
Next Story
Dreamcore's new Dream Builds PCs are ready to go at COMEX 2019