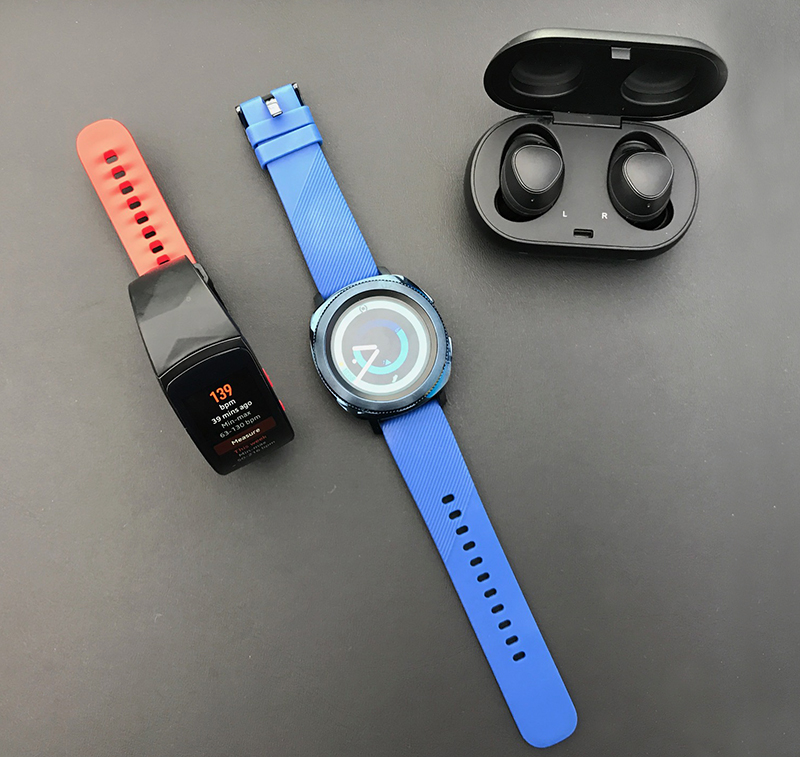 The Gear Sport is a new version of Samsung's popular Gear S series, and uses the same rotating bezel design as last year's Gear S3 and 2015's Gear S2. The 1.2-inch Super AMOLED display is slightly smaller than the one on the Gear S3, but features the same level of military-level durability. Living up to its name, the Gear Sport is also rated 5 ATM (or water resistant to 50 meters depth) which means you can wear it while swimming. According to Samsung, it can even survive salt water, if you decide to go for a dip in the sea.

To take advantage of the Sport's water resistance, users will be able to download a new Speedo app, which has been developed with Samsung and is the swimwear company's first wearable offering.The app will track your laps, monitoring your time taken, calories burned and distance traveled. 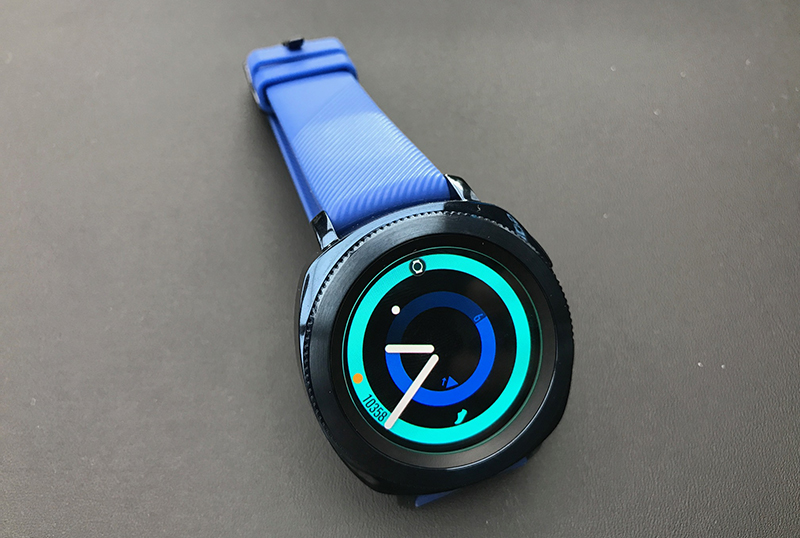 The Sport is available in black and an all new blue color, which has a blue metal case and a matching blue strap. It will be available in Q4 this year. Pricing is currently unknown

The Gear Fit2 Pro is an updated version of the existing Gear Fit2 activity band with a few new improvements. The most important update is the Fit2 Pro's water-resistance, which, like the Gear Spot is rated at 5 ATM, which means it can be submerged in up to 50 meters of water. The Speedo app that can be downloaded for the Gear Sport will come pre-loaded on the Fit2 Pro.

Like the Fit2, the Pro version comes with a curved Super AMOLED display, although at 1.5-inches, it's slightly smaller than last year's 1.58-inch display. 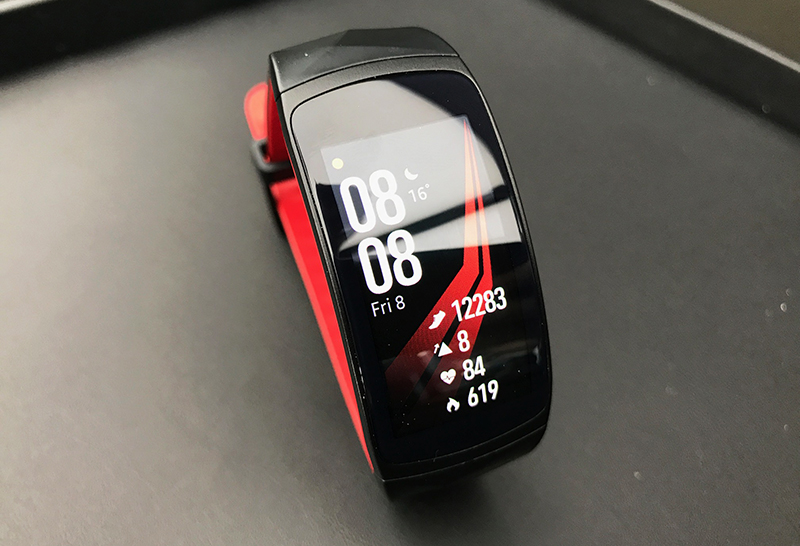 The Fit2 Pro will also be available in Q4 this year in both Red and Black. Pricing is currently unknown.

Samsung has also updated its S Health app to take help Gear Sport and Fit2 Pro owners better track their health. If you open the S Health app you'll see that both devices now continuously track your heart rate (they only checked it in intervals before) and will also automatically detect your workouts once you've been engaged for at least 10 minutes.

Both the Gear Sport and Fit 2 Pro now also let you enter your calorie intake directly from your wrist, rather than having to grab your phone after every meal. They'll also show you your net caloric intake for the day and advise you on how to reach your goals. The S Health app also includes a new personal trainer mode that will give advice during your workouts, for example telling you to increase your pace, keep going, or slow down.

Finally, Samsung introduced a new version of the Gear IconX wireless earphones today. Compared to last year's model, the new earphones feature better battery life (up to five hours of streaming) and can communicate with Samsung's virtual assistant, Bixby. That means you can now use your voice to control your music or paired phone, all by simply tapping and holding the side of the IconX earbud. 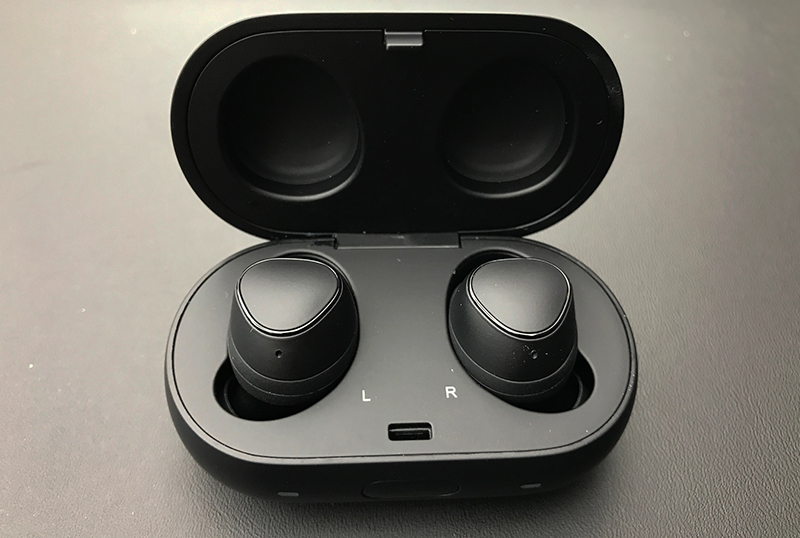 The new earphones are also slightly lighter and have been redesigned to ensure they stay in your ear more securely. The new Gear IconX earphones will also launch in Q4 this year.

Samsung also announced a new rewards scheme for Samsung Pay in Singapore today. Samsung Rewards is a tiered loyalty program that will let consumers earn points from their transactions, which can then be redeemed for additional rewards in the form of gift vouchers from participating merchants or used to participate in the in-app games such as Spin-the-Wheel or Flip-a-Card for additional instant wins. The program consists of three loyalty tiers – Gold, Silver and Bronze – with users leveling up after meeting a target number of transactions.

Samsung Rewards will launch on Samsung Pay on 15th September 2017.

If you want to check out any of Samsung's new wearables for yourself, head down to the Samsung Galaxy Studio at The Plaza, at VivoCity (right outside Bakerzin) from 9th September till 29th October, 11am to 9pm daily.

Note: This article was first published on 8th September 2017.