Check out next-gen footage of Bethesda's Ghostwire: Tokyo and Deathloop 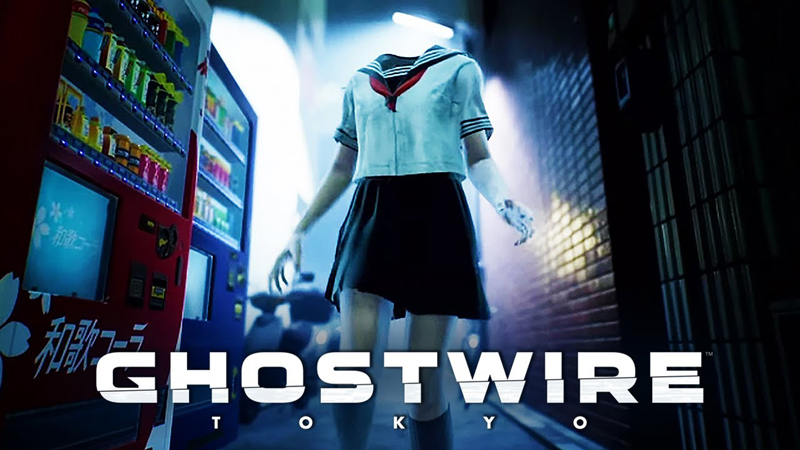 A new gameplay trailer for Ghostwire: Tokyo has just been shown off during Sony’s PlayStation 5 reveal event. This is actually the first in-game footage we’ve seen of the game, which was revealed during Bethesda’s E3 2019 event with a CG trailer.

Ghostwire: Tokyo is a supernatural game - which is to be expected from Tango Gameworks, the developers of horror franchise The Evil Within. Studio lead and Resident Evil creator Shinji Mikami is also assisting with production. The game seems to be a first-person action game, with a splash of horror seen in its enemy designs. It will launch in 2021 on the PlayStation 5.

Ghostwire: Tokyo is published by Bethesda Softworks - which is not to be confused with its in-house development team Bethesda Game Studios, who make the Elder Scrolls and Fallout games. Bethesda Softworks also showed off another game during the PlayStation 5 reveal stream: Deathloop.

Dishonored developer Arkane Lyon is behind Deathloop - a stylish shooter set within a timeloop. You play as Colt, a superpowered man stuck in an endless cycle of time. You’ll navigate levels in any order you choose to kill the eight people responsible, using fancy powers like teleportation to get one up on Colt’s enemies.

The game will launch in Holiday 2020, as a timed exclusive for PlayStation 5.

Join HWZ's Telegram channel here and catch all the latest tech news!
Our articles may contain affiliate links. If you buy through these links, we may earn a small commission.
Previous Story
Tom Hanks’ World War II film ‘Greyhound’ will debut exclusively on Apple TV+ on July 10
Next Story
Ratchet & Clank: Rift Apart has just been announced, coming to PlayStation 5