Two ASUS cards from the Dual and Phoenix series respectively are on sale now while fans of ROG Strix series will have to wait. There’s one Palit card available now, which is the Palit GTX 1650 StormX OC at S$235, and the Zotac Gaming GeForce GTX 1650 OC is on sale online for S$229.

NVIDIA has just unveiled the Turing-based GeForce GTX 1650 graphics card. There isn’t a Founders Edition model, so only cards from NVIDIA’s add-on manufacturers are available. The GeForce GTX 1650 will cost just US$149, so this Turing graphics card is squarely targeted at mainstream gamers.

There are a total of 7 cards from ASUS, and they come from the ROG Strix, Dual, and Phoenix series. 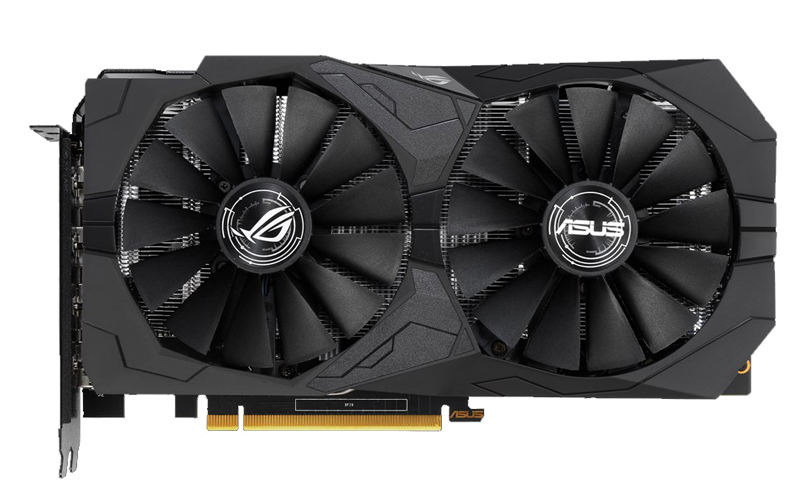 The ROG Strix and Dual series cards have dual-fan cooling systems, and the former has more aggressive GPU overclocking overheads due to its feature-rich cooling system, especially with its DirectCU II feature that “brings copper heatpipes into direct contact with the die for better cooling.” The ROG Strix cards have rear metal plates for protection and maintaining the cards’ structure. 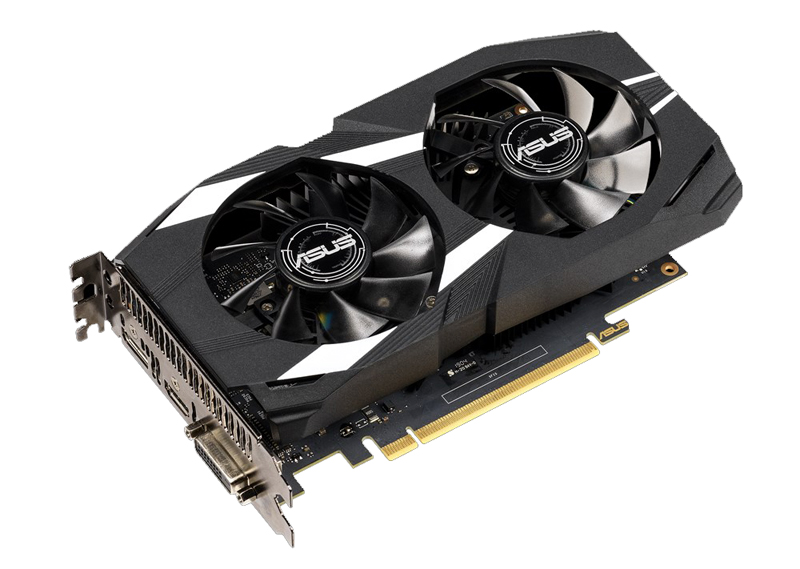 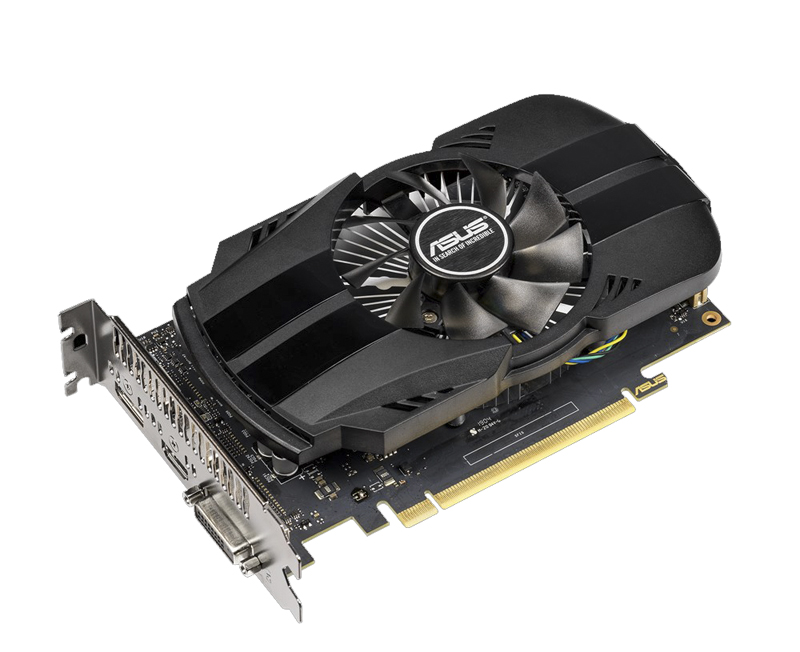 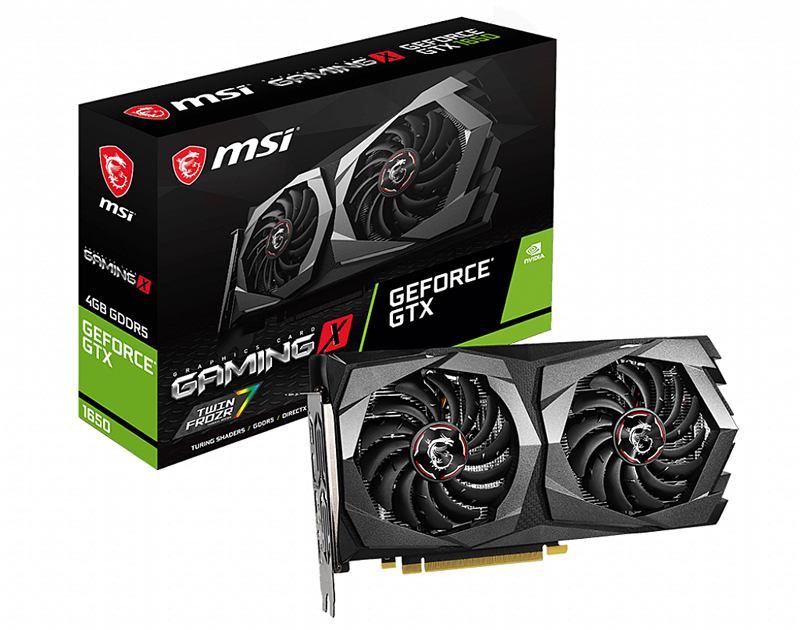 It’s a triplet from MSI! The GeForce GTX 1650 Gaming X 4G is already available locally for S$269 from authorized Corbell resellers. From April 23rd to May 27th, there’s a GeForce Fortnite Counterattack redemption set (worth S$45) to entice gamers. The set comprises 2000 V-bucks, and the following items:-

The GeForce GTX 1650 Gaming X 4G sports Twin Frozr 7 cooling system and is the most powerful card of the group, with its 1860MHz boost clock speed. 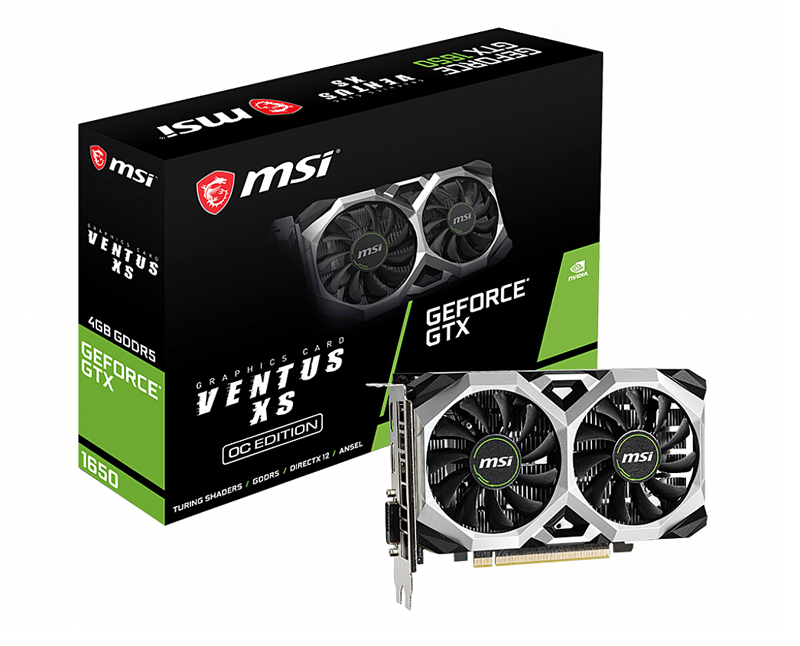 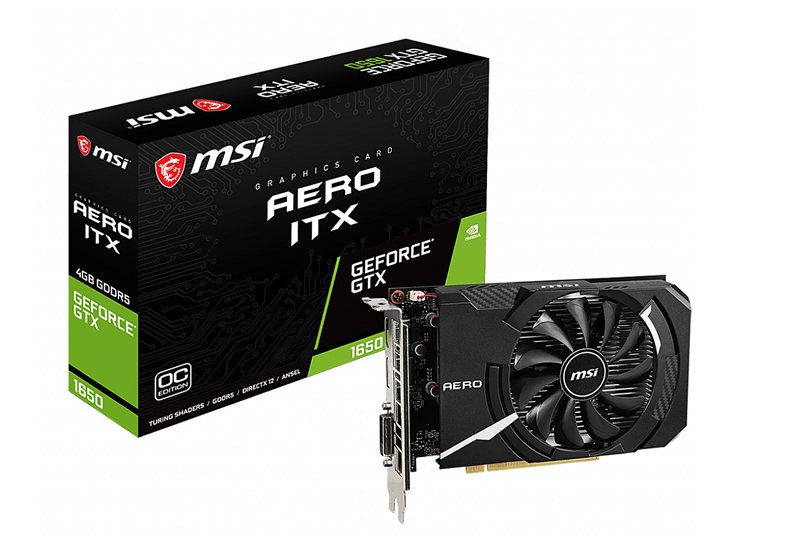 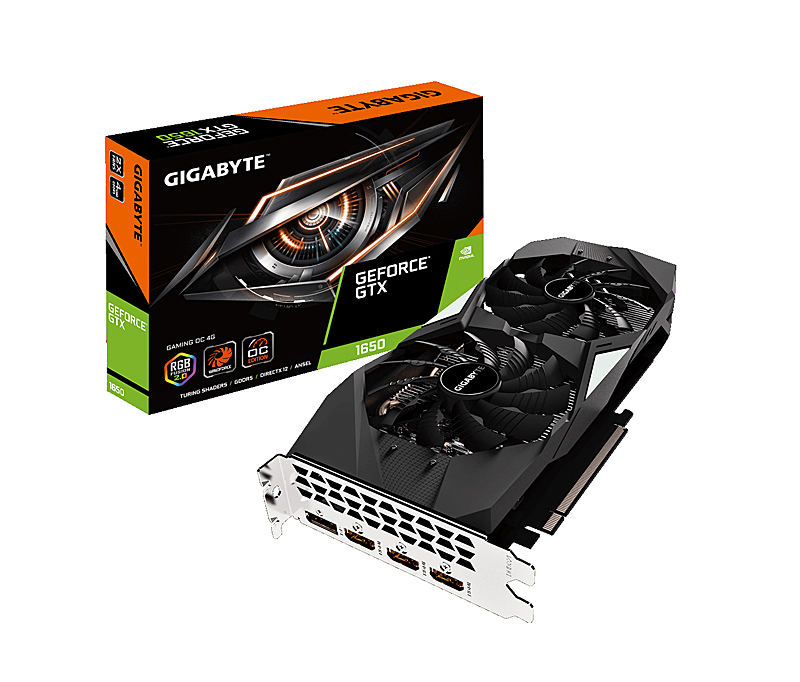 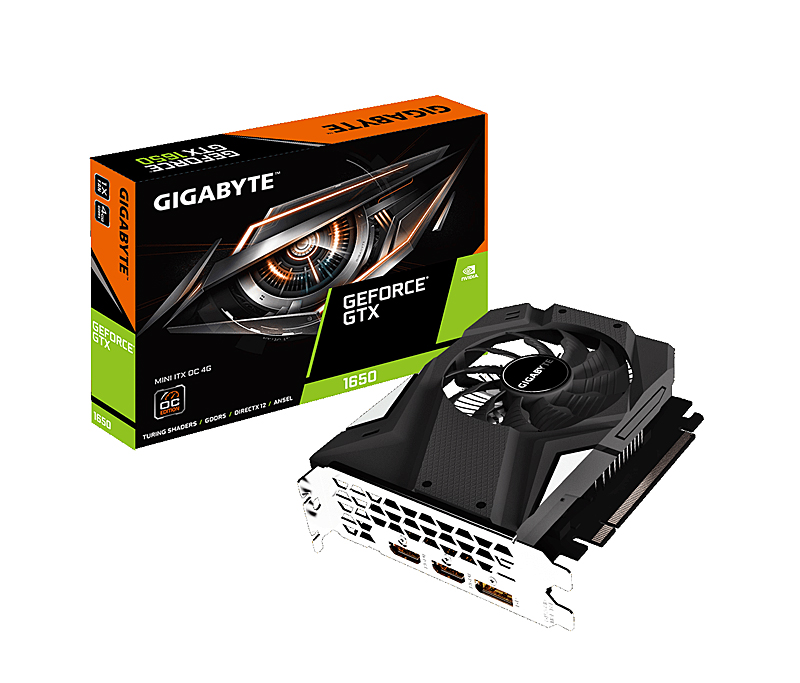 Unlike the rest of the cards that feature the Windforce thermal design, only the GeForce GTX 1650 Mini ITX OC 4G sports a single-fan cooling system.

Like its GTX offerings, there’s the Dual and StormX series to make up a total of six GeForce GTX 1650 cards. 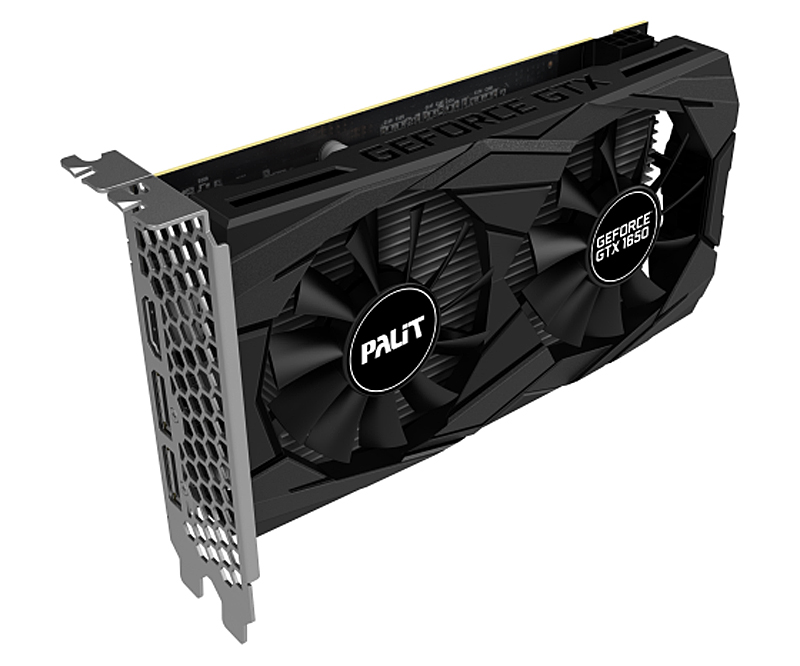 The top dog from Palit’s brood is the GeForce GTX 1650 Dual OC with its boost clock speed of 1815MHz.

All the StormX series cards feature a single-fan cooling design, and are intended for small build PCs. 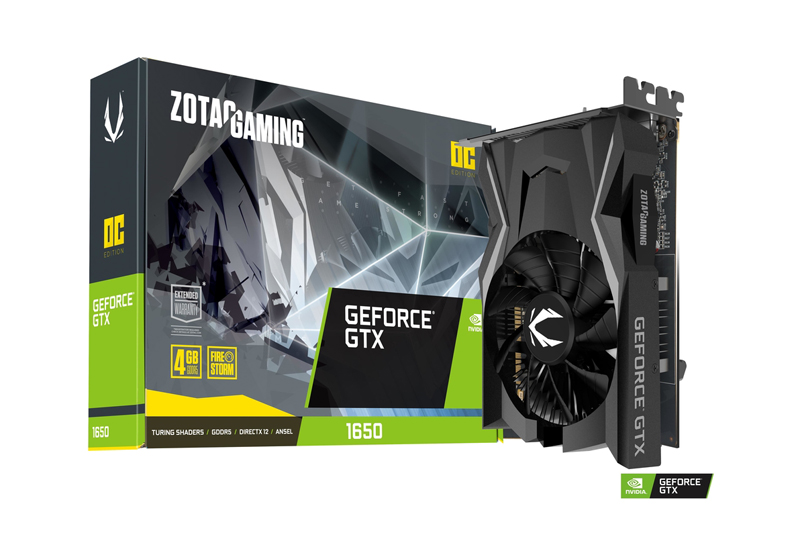 There’s only one card, for now, and the Zotac Gaming GeForce GTX 1650 OC holds the fort with its unique sunflower-pattern heatsink that’s paired with a single 90mm cooling fan. This card has a modest over clock speed of 1695MHz and is compact enough for SFF builds and HTPCs. The card is on sale now for S$229. 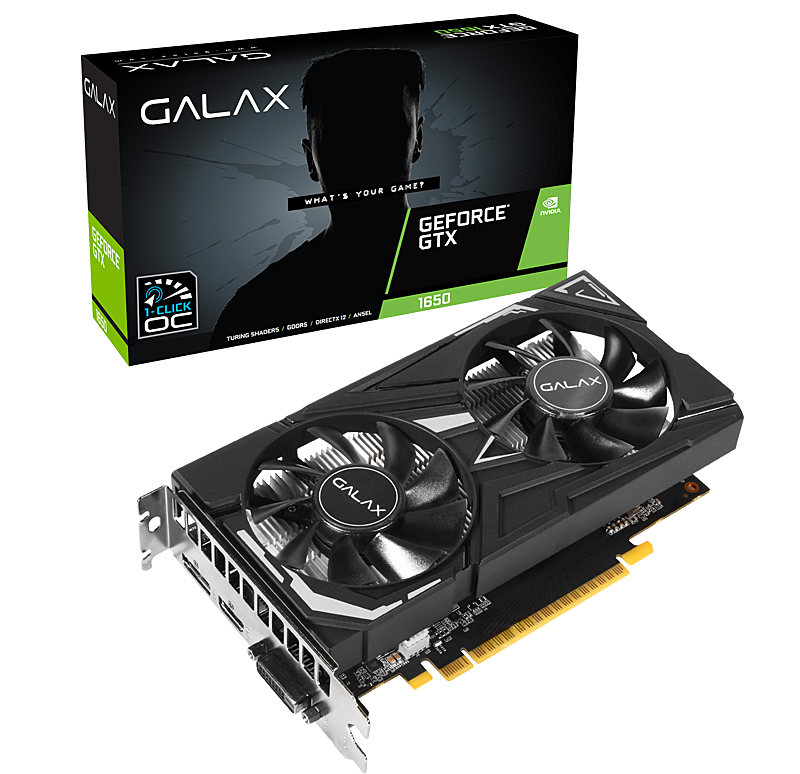 The Galax GeForce GTX 1650 EX (1-Click OC) is available at S$239 from Corbell authorized resellers. The card has a boost clock speed of 1680MHz that can be overclocked to 1690MHZ with its 1-Click OC application.

We will be updating this article with availability and pricing information, so do check back with us soon.

Join HWZ's Telegram channel here and catch all the latest tech news!
Our articles may contain affiliate links. If you buy through these links, we may earn a small commission.
Previous Story
Spotify now has 100 million paid subscibers, double that of Apple Music
Next Story
DBS IDEAL is the new online banking platform for corporate customers that does away with physical tokens