Check out the latest footage from GoPro’s future camera drone

Check out the latest footage from GoPro’s future camera drone 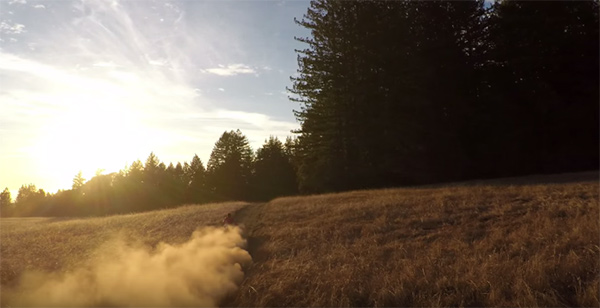 GoPro may be best known for its line of action cameras, but it’s not wasting any opportunity to show off its imaging technology. Earlier this year, it announced that we could expect a drone from it in the first half of 2016, and now we know what it’s capable of.

GoPro was careful to note that no post-production stabilization has been implemented, and from the looks of it, the upcoming GoPro quadcopter could take the fight to DJI. The latter company is also known for enabling some truly beautiful landscape videos, so it’s nice to see that GoPro will probably enter the market on an equally strong footing. The footage was shot with just a prototype – albeit an "advanced" one – so we may yet see further improvements in the consumer version.

The teaser video also comes at a time when GoPro just released its latest quarterly results, which were a rather mixed bag. While international sales almost tripled, sales in the Americas were down 7%. Revenue was also lower than projected estimates, so the new footage could help bolster investor confidence and show that GoPro isn’t resting on its laurels and is ready to diversify its product line-up.

In fact, drones aren't the only thing that GoPro is exploring – the company recently announced the Odyssey, a 16-camera rig for capturing virtual reality video.

Join HWZ's Telegram channel here and catch all the latest tech news!
Our articles may contain affiliate links. If you buy through these links, we may earn a small commission.
Previous Story
UberASSIST launches in Singapore to lend senior citizens a helping hand
Next Story
Experience an immersive soundscape with Sony’s new CAS-1 system