The Flash Pro Plus is a 25,000mAh battery pack that can charge up to 6 devices simultaneously

The Flash Pro Plus is a 25,000mAh battery pack that can charge up to 6 devices simultaneously 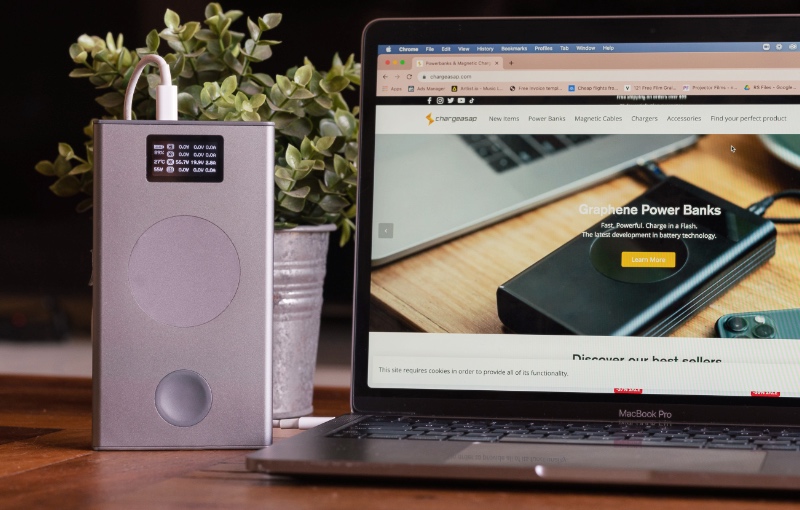 As the world gradually reopens and more of us are getting out of our homes, power on the go becomes an issue.

And if you need lots of power on the go, a company called Chargeasap has just unveiled one of the most extreme portable power banks that we have seen.

To start, it has three USB-C PD ports. The first can deliver up to 100W, the second up to 20W, and the third up to 60W. That means it's powerful enough to even charge the 16-inch MacBook Pro.

It also has a single USB-A output that delivers up to 50W and supports Qualcomm Quick Charge 3.0, Huawei SuperCharge, and Oppo's Super VOOC.

It also has a built-in wireless charging pad that is MagSafe compatible and can charge MagSafe-compatible iPhones at up to 15W.

Finally, it has an additional charging pad that charges Apple Watches at up to 5W. 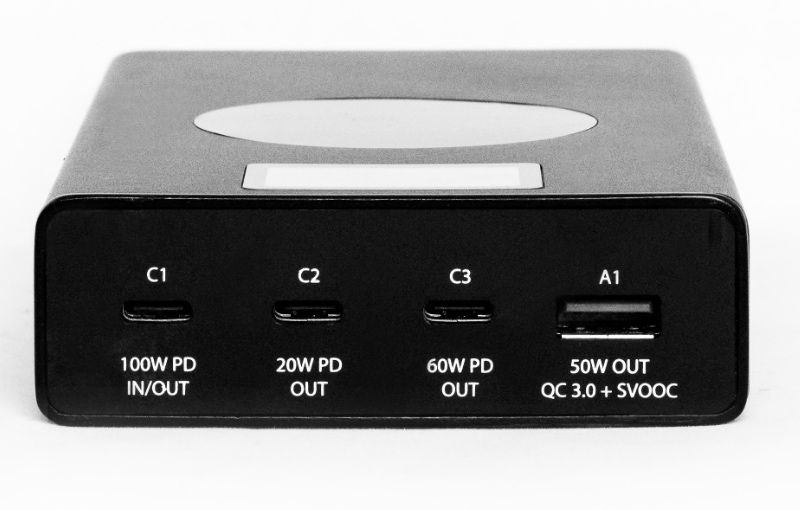 Speaking of temperature, it's able to charge up to 6 devices simultaneously and at high power outputs because it uses graphene composite batteries – they come from Panasonic. The batteries have a rated lifespan of 2,000 cycles.

With such a high capacity, you might be wondering how long it takes to charge this battery. Good question. According to Chargeasap, the Flash Pro Plus can get from 0% to 80% charge in just 45 minutes and it can be fully charged in 1 hour and 10 minutes if you use a 100W charger. Naturally, it charges via USB-C.

You can order the Chargeasap Flash Pro Plus on Indiegogo now. The units have an estimated ship date of December 2021.